Home IPL 2022 3 Franchises That Have Better Training Jersey Than Match Jersey For IPL... 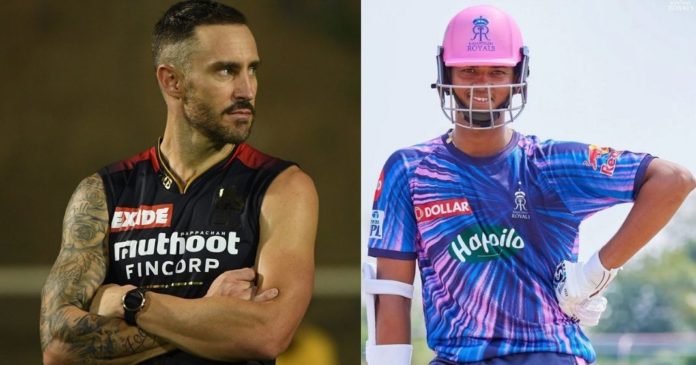 All teams have gone ahead and given the view to their training and match-day kits for IPL 2022. Recently, there is a lot of talk on the internet about the quality and the looks of the kits. Since each franchise is now a top brand, it is important that they have the right mix of colours to become the face of the brand. It has been noticed that a few teams surprisingly have better-looking jerseys for training than for the actual game. In this article, we take a look at three franchises that have better training jerseys than the match-day jersey for IPL 2022.

Rajasthan Royals released their new kit in an innovative way but unfortunately, they could not impress the fans with the design of the kit. However, the training jersey looks good as the design is different and interesting. The playing kit looks straightforward and many fans said that the previous years had a better jersey.

KKR is one franchise that concentrates a lot on its brand. They had a solid kit in the initial years but in recent seasons, the purple and gold mixture has not been received well by the fans. This time, too, it was a similar scenario. However, their training jersey had a different look to it. Therefore, a few felt disappointed with the match-day jersey.

RCB is one of the franchises that have better training jerseys than the match-day jersey for IPL 2022. A few days ago, RCB revealed their outfit for IPL 2022. It was received well and many felt that it is the best jersey for the upcoming campaign. However, after RCB showed their training kit, a few fans argued that it looks better than the actual kit. Compared to the playing kit, the training gear has more dark blue and the red lines of the RCB logo make it aesthetically very impressive.

3 former Mumbai Indians IPL stars who will play for MI...

“I know this was coming”- Andre Russell hits back at Phil...

Virat Kohli’s 3 records as India captain which is almost impossible...