Home IPL 2022 4 players signed as a replacement but are likely to be retained... 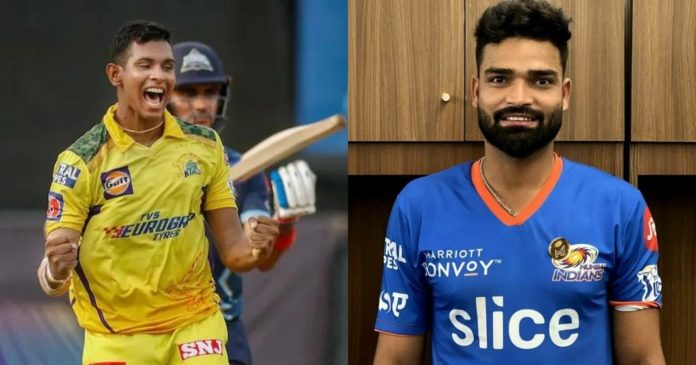 In IPL 2022, as well, there were a number of players who were out through injury. However, interestingly, a few teams named replacements who were not a like-to-like replacement for the injured player. This has now given the option for these franchises to retain the players for next season.

Sri Lankan youngster Matheesha Pathirana is one of the players signed as a replacement but is likely to be retained by the franchise for IPL 2023. Although Pathirana had not made his international debut, CSK still signed him as Adam Milne’s replacement. Dubbed the “Baby Malinga”, Pathirana has already shown his skills in the tournament. There is a lot to improve but MS Dhoni has already confirmed that Pathirana will be in the plans for the upcoming campaign. With Chris Jordan not doing well, the Englishman might the player who will be released by the four-time champions.

Rajat Patidar was part of RCB even in IPL 2021. However, he did not do very well and hence, he did not earn a bid at IPL 2022 Auctions. Nevertheless, the franchise hired him as the replacement for Luvnith Sisodia. Now, Patidar has started to do well with a few vital knocks. Hence, the franchise is all set to retain him. RCB could also retain the services of the injured Sisodia.

Tristan Stubbs is also one of the players signed as a replacement but is likely to be retained by the franchise for IPL 2023. Stubbs is a wicket-keeper and he came in place of Tymal Mills, who is a pure pacer. This move is definitely keeping in mind the future of the franchise. Having made the move, the South African is sure to be retained by the franchise. Mills had a disappointing season and could be released by the unit. Kieron Pollard is also in danger of being released by MI.

MI was struggling in the spin department and that is when they signed Kumar Kartikeya. He came in as the replacement for Md Arshad Khan. Kartikeya has already left an impression on many with his skills. He has a mystery element to him and by honing his variations, Kartikeya can become a tough bowler to face. Therefore, MI is likely to retain him.