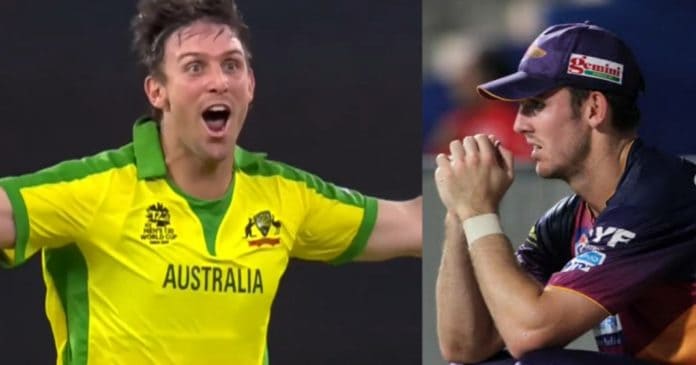 Mitchell Marsh has been in superb form in the past few months. For a player who has seen a lot of rough patches, it was wonderful to see him come to his own for Australia. He pulled out of IPL 2021 before the tournament started. However, he could be in demand for the next season. In this article, we take a look at four teams that must target Mitchell Marsh for IPL 2022.

Marsh played well in Bangladesh a few months before the T20 WC. Although he started the ICC event on a disappointing note, he made it up with memorable outings in the later stages. It was his knock that helped Australia chase the target in the final. Having performed under pressure, Marsh’s stocks will surely rise.

Mumbai Indians is one of the teams that must target Mitchell Marsh for IPL 2022. Mitchell Marsh is a type of cricketer for whom the Wankhede pitch will suit very well. The Mumbai Indians brand of cricket is also something that will be conducive for the all-rounder. The five-time champions will have to undergo a transition. With retaining Kieron Pollard likely to be hard, MI can try and target Mitchell Marsh as his replacement for the future. However, unlike the West Indian, Marsh will have to play in the top-order.

Mitchell Marsh is a good player of pace and hence, the Chinnaswamy Stadium could bring out the best in him. The shorter boundaries in Bengaluru could also help the Aussie. RCB has always struggled to have a reliable all-rounder in the squad. Marsh is someone whom they could target to try from IPL 2022. If Virat Kohli continues to open for the franchise, Marsh can play at No.3. RCB struggled with the No.3 slot in IPL 2021. This is one issue that the Australian all-rounder can solve.

Just like Bengaluru and Mumbai, Mohali will also be a good pitch for Marsh’s skills. At the same time, Punjab Kings is also a franchise that needs cricketers in the mould of Marsh. Over the past few seasons, PBKS has struggled to field a balanced XI. They have had to face issues with their underperforming foreigners. This could get solved if they can have a reliable all-rounder in the top-order. If the franchise does retain KL Rahul and if Mitchell Marsh plays at No.3, it will be a good result for the franchise.

Kolkata Knight Riders have one of the best T20 all-rounders in the form of Andre Russell. However, the West Indian has always been put under pressure in both departments of the game. Hence, a player like Mitchell Marsh in the same XI could help out the franchise. Marsh can do the attacking job in the starting overs, and then Russell can take over. The Aussie will also give a few overs with the ball if needed. Hence, this combination could work in favour of the team.