Home IPL 2022 5 cricketers who might want to move to different team in IPL... 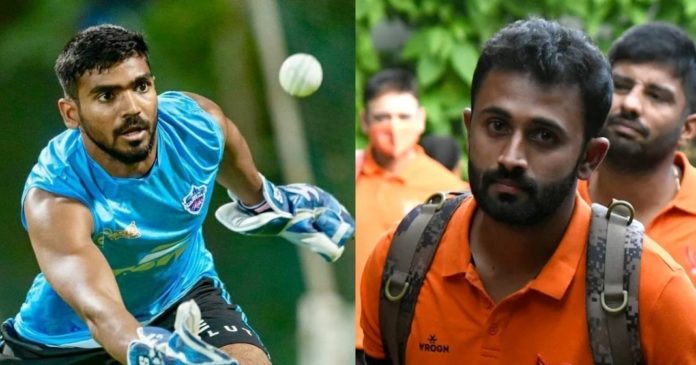 Despite IPL 2022 having two more teams, a few players failed to get sufficient games. Considering their career situation, they would want more games and try for a spot in Team India. Hence, these players will look to operate at a different team in IPL 2023.

KS Bharat was one of the better performers for RCB in the UAE phase of IPL 2021. However, the player has got very few chances in IPL 2022. It was only when Prithvi Shaw was unavailable that Bharat got a couple of games. He could not utilize them and was later dropped. Bharat is in a situation where he is close to making his India debut in Test cricket. Hence, he might want to do well in the other formats, as well, to stay in the picture. Therefore, he would probably prefer a switch for IPL 2023.

Kartik Tyagi is one of the cricketers who might want to move to a different team in IPL 2023 because of a lack of chances in IPL 2022. With the likes of Umran Malik, Bhuvneshwar Kumar and T Natarajan in SRH, Kartik Tyagi’s opportunities will be limited. However, he is seen as a player who will lead the Indian bowling attack in future. Therefore, he needs more game time and that is possible only at a different franchise.

Sakariya played all 14 games for RR in IPL 2021. This season, though, he has only been Khaleel Ahmed’s backup. For a player who made his India debut in the second half of 2021, Sakariya would surely want more games. Especially with the likes of Arshdeep Singh and Mohsin Khan doing well as left-arm pacers, Sakariya would also want to enter the scene.

Navdeep Saini is also one of the cricketers who might want to move to a different team in IPL 2023 because of a lack of chances in IPL 2022. While he has been in poor form, playing more games is the only way Saini can improve. Raw pace is his USP and if utilized well, he can come good. RR has a good bowling attack and there is no space for Saini. Hence, he might want to play for another team in IPL 2023.

Shreyas Gopal is an experienced leg-spinner but in recent years, he has not got a lot of games. He is someone who was close to getting selected to Team India in the past. Gopal is also a decent batter and can add value as an all-rounder. With Washi in SRH, Gopal will not get a lot of chances. Hence, he might want to explore other opportunities.