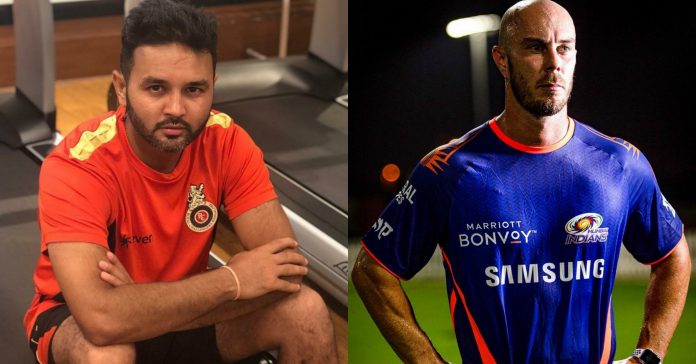 IPL 2020 is in the history books now as a historic season with no live attendance ended in Dubai last Tuesday. The Mumbai Indians won the IPL title for the fifth time after registering a five-wicket victory over the Delhi Capitals in the grand finale. The Sunrisers Hyderabad finished third, whereas the Royal Challengers Bangalore attained the fourth position.

The Rajasthan Royals became the first team to win an IPL title and then took the wooden spoon home. They had won the championship in 2008 but finished last in 2020. No other franchise has achieved this dubious feat to date. There were some questionable decisions that their team management made this season.

The Jaipur-based franchise and a few other teams raised eyebrows by benching their star players after signing them for massive prices. This listicle will glance at those five expensive buys who warmed the benches in IPL 2020.

Indian leg-spinner Mayank Markande became the first player in IPL history to change teams twice between two seasons. The Mumbai Indians traded him to the Delhi Capitals during the trade window.

The Delhi Capitals then sent him to the Rajasthan Royals to gain Ajinkya Rahane’s services. RR paid him 2 Crores this season, but they did not give him a single chance to prove his talent at the grand stage.

Another ‘royal’ franchise that signed him a player and did not give him a single game was the Royal Challengers Bangalore. The Virat Kohli-led outfit tried Josh Philippe and AB de Villiers as their wicket-keepers.

Surprisingly, they did not consider giving a single game to the experienced Parthiv Patel. In the playoff match, Virat Kohli himself came out to open the innings. Someone like Parthiv, who made 1.7 Crores this year, could have been useful at that time.

Chris Lynn won his maiden IPL title this year. However, he might not be so delighted with that fact because he only warmed the benches for the Mumbai Indians in IPL 2020.

The Aussie batsman was the first player to enter the IPL 2020 Auction. Many fans expected him to fetch a big deal, but the Mumbai-based franchise signed him at his base price of 2 Crores. Quinton de Kock’s solid form did not allow Lynn a single game this season.

The Mumbai Indians did not give a single match to their two overseas match-winners. Still, they could win the title in the United Arab Emirates, which highlights their dominance.

The Mumbai-based franchise signed Sherfane Rutherford for 2 Crores in the trade window. However, Kieron Pollard’s presence ensured the MI did not require another foreign all-rounder.

The Sunrisers Hyderabad released their experienced names and banked on young talent this year. The move paid off as Priyam Garg, and Abdul Samad impressed in their debut season.

SRH had also signed Virat Singh for 1.9 Crores. However, the left-handed batsman did not get an opportunity to announce himself at the biggest platform for uncapped Indian cricketers.

IPL 2020: 5 Positives From This Season For Chennai Super Kings (CSK)