Home Top 10 5 former CSK players who will play for India Maharajas in Legends... 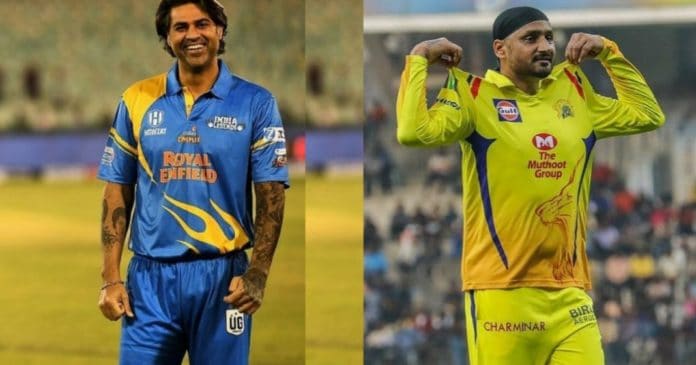 It is a league of retired cricketers. Fans should note that five members of the India Maharajas team in Legends League Cricket have played for the Chennai Super Kings in the IPL. Here’s a list of the five names.

IPL 2018 winner Harbhajan Singh will be in action just a few weeks after retirement in the Legends League Cricket. He played two seasons for the Chennai Super Kings, and now he will don the India Maharajas jersey soon.

While Harbhajan Singh played multiple matches for the Chennai Super Kings team, Irfan Pathan never got a chance to play for CSK despite receiving a contract from the Chennai-based franchise. Pathan will play alongside Bhajji for India Maharajas.

Like Harbhajan Singh, Subramaniam Badrinath was a part of CSK’s IPL winning squad during his time as an active player in the IPL. The right-handed batter, who is now a commentator, will be in action soon for India Maharajas.

Manpreet Gony played an integral role in Chennai Super Kings’ success during the inaugural IPL season. He will now lead the pace attack of the India Maharajas team in the upcoming competition.

Hemang Badani is another player who received a deal from the Chennai-based IPL franchise but never played for the team. The new scout of Sunrisers Hyderabad will play for India Maharajas in the inaugural LLC tournament.