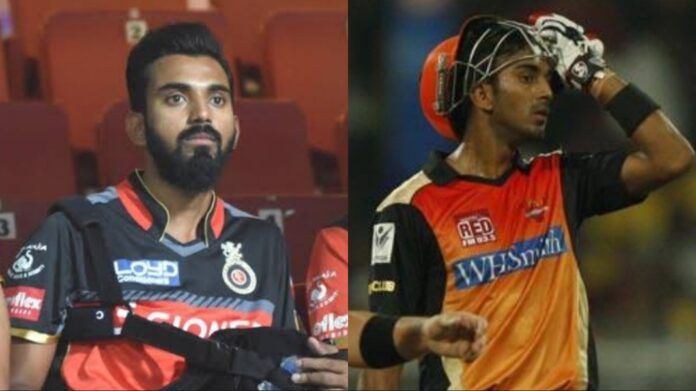 Royal Challengers Bangalore (RCB) and SunRisers Hyderabad (SRH) are two of the most popular franchises in the Indian Premier League (IPL). The two franchises represent south Indian cities. RCB were among the first eight teams of the first season, while SRH joined as a replacement for Deccan Chargers in the 2013 season.

Over the years, Hyderabad and Bangalore have developed a rivalry in the IPL. They also competed in the 2016 IPL Final, where the Orange Army beat the Royal Challengers to secure their maiden championship.

Current Lucknow Super Giants captain KL Rahul has represented multiple franchises in the league. He started with RCB in 2013 before moving to Hyderabad in 2014 and 2015 and then coming back to Bangalore for the 2016 and 2017 seasons.

Kedar Jadhav was teammates with KL Rahul during his second stint with the Royal Challengers Bangalore. RCB released Jadhav soon ahead of the 2018 IPL Auction. After a stint with Chennai Super Kings, Jadhav played for SRH in IPL 2021.

Former Indian all-rounder Yuvraj Singh joined the RCB squad for the 2014 season. Two years later, he moved to SRH and won his first IPL trophy with the Orange Army.

Former Indian wicket-keeper batter Parthiv Patel was a part of the SRH squad in their debut season in 2013. In the next season, Patel joined RCB and had a couple of stints with the franchise.

Current Indian fast bowler Mohammed Siraj made his IPL debut as a part of the SRH squad. In 2018, he moved to RCB and has been a part of the Bangalore-based franchise since then.