Home IPL 5 Indians Unsold In 2018 Mega-Auction But Could Earn A Big Salary... 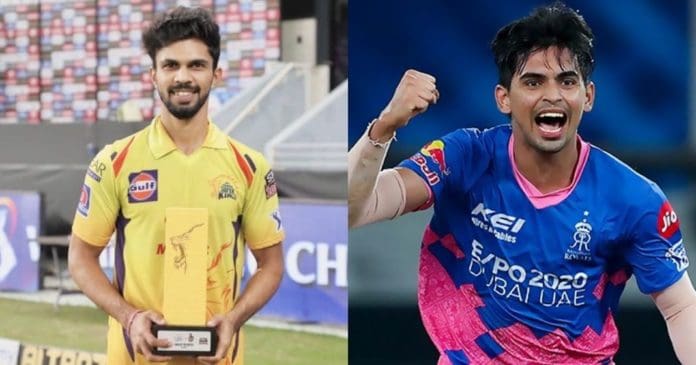 The previous mega-auctions occurred in 2018. Since then, there have been quite a few changes in the competition. While there is an infusion of new players, some of the established ones have retired from the game. In this article, we take a look at five Indians unsold in the 2018 mega-auction but could earn a big salary in 2022 IPL.

Four years is a decent enough time for a player to make an impact in the competition. In some cases, even one season can be sufficient. Hence, there a few players who, despite getting unsold in 2018, are in a position to earn a good salary for IPL 2022.

Ruturaj Gaikwad is one of the Indians unsold in the 2018 mega-auction but could earn a big salary in 2022 IPL. Let alone unsold, Ruturaj was not auctioned although he was part of the auctions. However, cut to a few years later, Ruturaj Gaikwad is all set to be retained by Chennai Super Kings. He won the Orange Cap in IPL 2021 and has also made his debut for Team India. Hence, he is sure to have a good wage for the upcoming season.

Kartik Tyagi was unsold in the IPL 2018 auctions. However, since then, he has put giant strides in his career. He was a top performer in the U19 World Cup and later got a chance in IPL as well. In patches, the youngster has done well for Rajasthan Royals. He has plenty of potential, and hence, a few franchises might target him. Since he is young, the return on investment is likely to be high. Hence, Kartik could get a big paycheque for IPL 2022.

Riyan Parag’s recent form has not been impressive in the Indian Premier League. That said, the Assam man has done well in the previous editions. Still a teenager, Parag has time on his side to improve his game. His attributes as a middle-order batter who can bowl are useful in IPL. Multi-utility cricketers offer balance to an XI. Parag is also a terrific fielder. Hence, teams might target the player and could aggressively go after him at the auctions.

KS Bharat impressed many with his performances in the UAE leg of IPL 2021. He has a compact technique and has also added a few aspects related to T20 batting to his arsenal. Of course, he is a complete wicket-keeper. A domestic wicket-keeper is very useful in IPL. Bharat can be an opener and is suitable as a backup for the main wicket-keeper. Hence, he could go for a decent amount at the auctions.

Prasidh Krishna is also one of the Indians unsold in the 2018 mega-auction but could earn a big salary in 2022 IPL. Although Prasidh was dropped by KKR at the end of IPL 2021, with two more teams coming in, the speedster shall be in demand. Many in the Indian cricket circuit rate him very highly. Hence, there are chances that he could go big at the auctions.