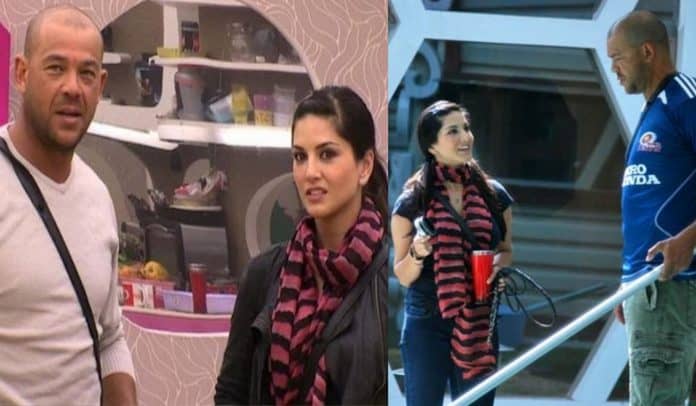 Bigg Boss Hindi reality show has gained a lot of popularity over the last few years. Bollywood star Salman Khan hosts the show, and a few days ago, Khan announced the 14th season of Bigg Boss Hindi. The show airs on Colors channel and the previous season gained a lot of fan following on social media.

Twitter was the hotspot for voting and fans made millions of tweets with the hashtags of their favorite contestants. The concept of the game show is that celebrities get locked down in a house and Big Boss gives them tasks to complete. Many big names have entered the Bigg Boss house over the years and here’s a list of the five international cricketers who have appeared in Bigg Boss show.

Australia’s controversial all-rounder Andrew Symonds was always involved in one or the other controversies. Even the casual cricket fans knew him and so, the organizers decided to announce him as a participant in Bigg Boss.

The former IPL winner was a part of the fifth season of the show as a guest, but he exited the house after two weeks. He interacted with Sunny Leone during the show and even proposed to Juhi Parmar with a famous Hindi song.

Former Rajasthan Royals fast bowler Sreesanth was a part of India’s T20 World Cup and ICC World Cup winning squads in 2007 and 2011, respectively. The fast bowler’s career derailed after his involvement in a match-fixing scandal.

However, his ban has ended now and he is looking forward to be a part of the Indian team. Sreesanth was a part of Bigg Boss 12 and finished as the first runners-up.

Salil Ankola did not have a long international cricket career for the Indian cricket team, but Ankola later became an actor and achieved success in that profession.

The former India cricketer was a part of the first season of Bigg Boss Hindi. However, since he had signed a contract with Balaji Telefilms, he did not have the permit to work for other production. Ankola was ejected from the house and replaced by Deepak Tijori.

Former Indian cricketer Vinod Kambli entered the third season of Bigg Boss as a wildcard entrant. He spent 15 days in the Bigg Boss house before being evicted.

Kambli has tried his luck in multiple reality shows and Bigg Boss Hindi was one of them. In that season of Bigg Boss, Vindu Dara Singh emerged as the winner, while model Pravesh Rana finished as the 1st runner-up.

Navjot Singh Sidhu was known for his big-hitting abilities with the bat. After retiring from cricket, Sidhu has tried his luck in the world of politics. He has also been a part of reality shows, including Bigg Boss. Sidhu was a part of the sixth season of Bigg Boss. However, he had to leave the house because of his political party commitments.