Home IPL 5 Players From Gujarat Whom The Ahmedabad Franchise Can Target If The... 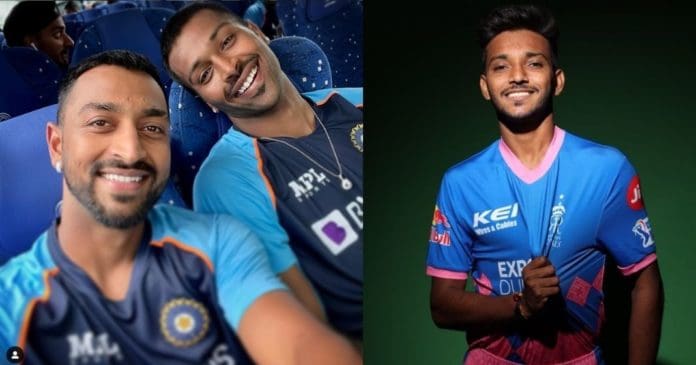 Gujarat is one of the states which could be home to one of the IPL franchises from 2022. Ahmedabad is the city that will be the base with the Narendra Modi Stadium being the home stadium. In this article, we take a look at five players from Gujarat whom the Ahmedabad franchise can target if the city wins the bid.

The state of Gujarat has produced a few important cricketers to Team India in recent years. In 2016 and 2017, the state had a franchise that actually did decently well in one season. Now, from IPL 2022, they could be host to a new team in the competition.

Mumbai Indians will retain Jasprit Bumrah if BCCI allows only two retentions. Hence, the new franchise will not be able to get their hands on the star Gujarat cricketer. Instead, they might have to target Hardik Pandya, who represents Baroda in Ranji Trophy. Hardik will draw a top bid and if it is very high, even Mumbai Indians might think twice before using the RTM card. Here is where the new franchise can enter the fray and take home the star cricketer.

Ravindra Jadeja is likely to be the No.1 on the list of retentions for CSK before IPL 2022. However, if Jaddu himself wants to leave or if CSK retains MS Dhoni and a future star like Ruturaj Gaikwad or Sam Curran, Jadeja could enter the auctions. The all-rounder had played for Gujarat Lions in the past. The new franchise can buy him and even offer him captaincy duties. Therefore, the star cricketer is one of the players from Gujarat whom the Ahmedabad franchise can target if the city wins the bid.

Krunal Pandya could as well play for a different franchise from IPL 2022. For the all-rounder, as well, having more responsibility could spur him to perform even better. The Ahmedabad franchise will be a good option for Krunal. Being from the state, he will have the fan’s support and due to his experience, Krunal can be one of the core members of the squad. He is a utility player, and for the team that will buy him, the issue of balance is unlikely to arrive.

Axar Patel is based out of Ahmedabad and is the best player in the current Gujarat Ranji Trophy Team. He is also a part of Team India. Still relativelu, Axar can also help the franchise in the long run. Even Axar himself might be excited about the prospect of playing in front of his home crowd. Delhi Capitals could struggle to retain him and hence, could be available in the auctions.

Chetan Sakariya is one of the cricketers from Gujarat whom the Ahmedabad franchise can target. He is actually a realistic option for the franchise. RR might not retain him and may also not be in a situation to use the RTM card. Sakariya’s bid is unlikely to hit the roof. Hence, the new franchise can plan to build the team’s bowling attack around him and an experienced foreign pacer.