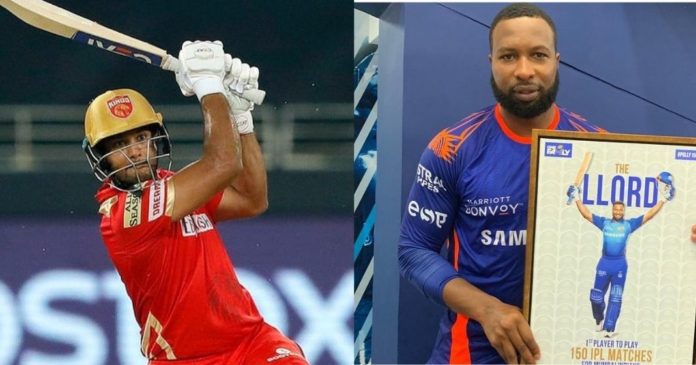 As per various reports, Punjab Kings skipper KL Rahul is likely to part ways with the franchise. Hence, the team will now have to begin the search for a new focal point. In this article, we take a look at five players Punjab Kings must target as captain for IPL 2022 if KL Rahul leaves the franchise.

When it comes to captaincy choices, Punjab Kings have always been inconsistent. In the history of the competition, the team has had more captains than any other franchise. However, it has been a while since the franchise has made it to the playoffs and hence, for the next cycle, a careful decision has to be made about the captaincy.

Mayank Agarwal is one of the players whom Punjab Kings must target as captain for IPL 2022. This is an easy option since the franchise already owns the player, and they should just retain him. With Mayank, PBKS will get an experienced player, and with two new teams coming in, the opener will be priceless because he is one of the best in the country. He is a composed personality and could bring in a different dimension to the captaincy task.

It is all but certain that Sunrisers Hyderabad will release David Warner before IPL 2022. One of the teams might target the Aussie as their new skipper. Although he is out of form at the moment, he would just need a few good games to get back his old touch. Punjab Kings is one franchise that can afford it. Yes, appointing an out-of-form overseas player as captain might be a liability but amongst the options, Warner seems very suitable.

It is unsure if Rajasthan Royals would retain Jos Buttler before IPL 2022. The franchise could start afresh and might only retain Sanju Samson. If that happens, Punjab can target Buttler as their captain. The Englishman is experienced in IPL and is versatile. He could play either as an opener or as a middle-order batsman and would also take care of the wicket-keeping duties. He has a calm head and could help Punjab advance to the playoffs.

Kieron Pollard is a realistic choice for Punjab Kings. The West Indian can easily play the next three years of IPL, and hence, he can be a reliable option for PBKS. Pollard has the experience of winning titles as captain and most importantly, he will bring the Mumbai Indians winning mentality along with him. The lower middle-order is where Punjab has struggled in recent years and this problem would be resolved with the arrival of Pollard.

Shreyas Iyer is one of the players Punjab Kings must target as captain for IPL 2022. Both Iyer and Rishabh Pant would want to captain Delhi Capitals and this could force the franchise to release one of them. If that happens, Punjab can target Iyer as the skipper for their new era. He would instantly solve the shaky middle-order problems and would allow Punjab to field a balanced XI in every encounter. That said, there would be intense competition for this to materialize.