Home IPL 2022 5 Players Who Can Replace Jason Roy At Gujarat Titans For IPL... 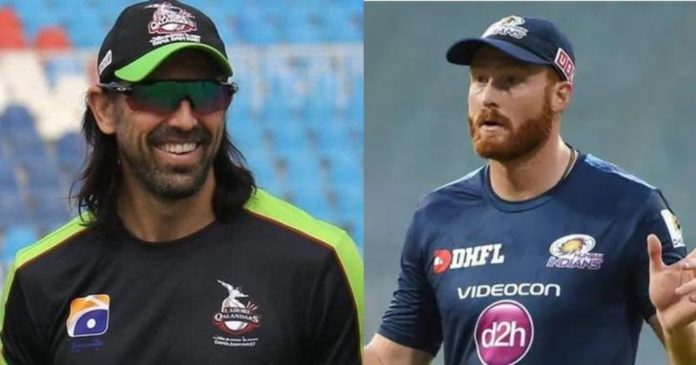 English opener Jason Roy has opted out of IPL 2022 due to bio-bubble fatigue. The player was picked up at his base price of INR 2 Cr at the IPL 2022 Mega-Auctions. In this article, we take a look at the list of five players who can replace Jason Roy at Gujarat Titans for IPL 2022.

Roy was one of the best signings by the Titans at the auctions. They got the player at just his base price and he was all set to open the batting alongside Shubman Gill. Although his absence will be a loss, Gujarat will now have a chance to make adjustments to the other areas of the squad with a quality acquisition. Matthew Wade is now the frontrunner to open the batting for the franchise.

Martin Guptill is one of the players who can replace Jason Roy at Gujarat Titans for IPL 2022. He is someone who can complement Shubman Gill very well. The Kiwi is a brilliant hitter of pace bowling and usually scores quick. This will help Gill, who can then anchor the innings. Guptill also comes in with plenty of experience, which will add value to the squad.

Paul Stirling is one opener who has been in top form in recent months. The Irish cricketer did well in the recent Pakistan Super League, too. However, he went unsold at the IPL 2022 Mega-Auctions. That said, it could be another opportunity for the player to earn a chance in IPL. Just like Guptill or Roy, Stirling is also an attacking player and will complement Gill. It is just that Stirling is in better form at the moment. Hence, he could be one of the players who could be targeted by the Titans as the replacement for Roy.

Colin Munro has been in a decent form of late. The good thing about signing Munro is that he can serve as a backup for both Wade and Miller. While opening comes naturally to him, in recent tournaments, Munro has also been playing in the middle-order. Therefore, this versatility could help the franchise. Although not an established bowler, Munro does offer a few overs of medium-pace if needed.

Malan is also an anchor-type cricketer and might not bode well in a team that already has Gill. However, Malan is a quality batter and him at No.3 can be a real deal for the team. Then, Saha can open the batting and the middle-order could then include two foreign batters. Malan will play at No.3 and can set up a good platform for the likes of Hardik Pandya and Abhinav Manohar.

David Weise is also one of the players who can replace Jason Roy at Gujarat Titans for IPL 2022. While his current form is one reason, the addition of Weise will also add terrific balance to the XI. Titans can then field a big-hitter in the lower middle-order who can also offer a few overs of spin. However, for that to happen, GT must sacrifice either Matthew Wade or David Miller. The absence of even one of them can make the batting line-up look weak. Hence, it will be a tricky decision for the management to take.