Home IPL 2021 5 players who can replace Jofra Archer at Rajasthan Royals in IPL... 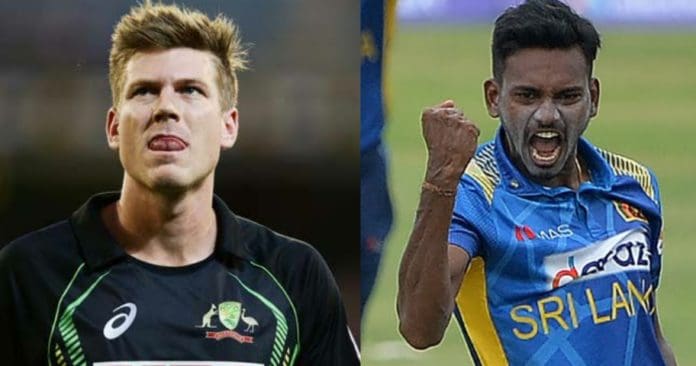 IPL 2021 is six weeks away, and prior to the first match of Phase 2, the Rajasthan Royals have received a bad news. Their ace fast bowler Jofra Archer will not be able to play for the rest of the year because of injury issues. As a result, the Rajasthan Royals will have to manage in the second phase of IPL 2021 without the services of their English pace bowler.

It is pertinent to note that Jofra Archer did not play in the first part of the 2021 IPL season as well. In IPL 2020, Archer was the Most Valuable Player of the season. While the Rajasthan Royals managed without Archer in Phase 1 of IPL 2021, they will be keen to add an overseas star to their squad for the second phase of the tournament. In this listicle, we will look at the five cricketers who can replace Jofra Archer at the Jaipur-based franchise in IPL 2021.

1. James Faulkner can return to the Rajasthan Royals

James Faulkner is one of the few bowlers to have taken more than one five-wicket haul in the IPL history. Faulkner accomplished that feat while playing for the Rajasthan Royals. The all-rounder played for the Gujarat Lions after the Jaipur-based franchise received a temporary suspension.

After the Gujarat Lions’ exit, no other franchise have offered Faulkner an IPL contract. Many fans would know that Faulkner performed exceptionally well in the second phase of PSL 2021, played in the UAE. Thus, he can return to RR as Jofra Archer’s replacement.

RR have shown their faith in quite a few England cricket team players recently. They have Ben Stokes, Jofra Archer, Jos Buttler and Liam Livingstone in their squad, which solidifies the aforementioned claim.

Perhaps, the Rajasthan Royals could rope in one more English player now. He can be David Willey, who can replace Jofra Archer. Willey is a left-arm fast bowler who has done well as a bowling all-rounder in T20 cricket.

3. Tim Southee can return to the Rajasthan Royals

Another former Rajasthan Royals star who can return to the franchise is Tim Southee. The Kiwi speedster has been out of the IPL because no franchise has shown interest in him.

Southee is a veteran player who knows the conditions in the UAE well. The Royals can possibly sign him and use him as a back-up option in their pace attack.

Former Royal Challengers Bangalore all-rounder David Wiese went unsold in IPL Auction 2021. Wiese is someone who can contribute well in batting and bowling.

Even in the Pakistan Super League, he has been a match-winner. RR could target him as a replacement in case they want an all-rounder as Archer’s replacement.

Not many IPL fans would remember that Dushmantha Chameera once was a part of the Rajasthan Royals team. However, he never played a match for them.

Chameera was one of the few players who did well for Sri Lanka in the white-ball matches of 2021. He can come back to the Royals as a replacement for Jofra Archer.