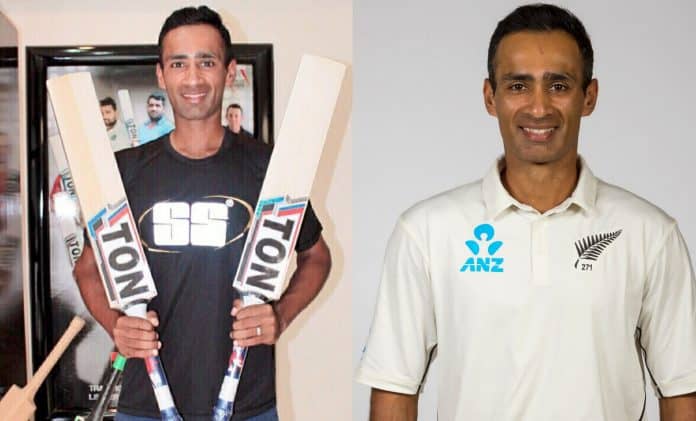 India has become a powerhouse in cricket during the last few decades. Kapil Dev’s squad that won the 1983 World Cup put India on the global cricket map, while the likes of Sachin Tendulkar, Sourav Ganguly, MS Dhoni, Virat Kohli, Rahul Dravid, and all other legends played a role in the rise of Indian cricket.

The prestige of domestic cricket has also increased over the years. Tournaments like Ranji Trophy, Vijay Hazare Trophy, Syed Mushtaq Ali T20 Trophy have given many new stars to the Indian cricket team. However, not every Indian domestic star has went on to represent India. Some have even played international cricket for other countries. In this article, we will glance at those five players who played in Indian domestic cricket tourneys and then became a part of other country’s team.

United Arab Emirates’ fast bowling all-rounder Krishna Chandran hails from Kerala. He played a few List A matches for his home state before moving to the Gulf country. Because of his brilliant talent, Chandran became the first Keralite to don the UAE jersey in international cricket.

The 36-year-old player has played 12 ODIs for UAE so far, where he has amassed 134 runs and picked up seven wickets. He played his last ODI against Scotland in 2016.

Another India-based cricketer who played cricket for the UAE is Thane’s Swapnil Patil. The right-handed wicket-keeper batsman made his U-19 and U-22 debut for Mumbai. However, he then shifted to United Arab Emirates and started playing cricket there.

Patil made his ODI debut against Scotland in 2014. The wicket-keeper batsman has represented his country in 13 ODIs and 18 T20Is, scoring over 400 international runs. His highest score in international cricket is 89*.

One of the most recent names to feature in this list is the Gujarat-based batsman Jeet Raval. He once used to play cricket with Ajinkya Rahane, Piyush Chawla, Ishant Sharma, and Ravindra Jadeja also he represented Gujarat in u-15 and u-17 level, but he moved to New Zealand and then excelled in Kiwi cricket.

The left-handed batsman opens the batting for Kane Williamson’s team in Test cricket. He has represented the Blackcaps in 24 Tests and aggregated 1143 runs. His highest score in Tests is 132.

Munis Ansari had a sling-action just like Sri Lanka’s veteran pace bowler Lasith Malinga. The Indian cricket team had once called him up for a practice session ahead of a series against Sri Lanka.

However, the Madhya Pradesh based player could not make it big in Indian cricket. After a few years, he moved to Oman and became a member of their cricket team. Ansari played 11 T20Is for the Middle East nation, picking up eight wickets at an economy rate of 8.82.

The Rupandehi-based all-rounder Shakti Gauchan was a part of Mumbai’s teams in domestic cricket. However, the spin bowling all-rounder did not achieve much success there and he returned to his home country Nepal.

Gauchan has played one ODI and nine T20Is for Nepal. He has managed to score 22 international runs and pick up 8 wickets. His best figures in T20is are 3/8. The 36-year-old player played his last international match against Netherlands in 2018.