Home IPL 2022 5 Players Who Played Under Andy Flower As Head Coach And Could... 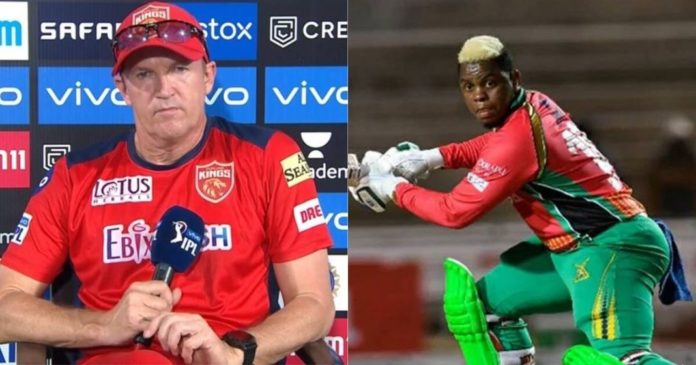 In this era of T20 leagues, it is not a surprise to see coaches pick players who suit their vision. We have already seen multiple examples of the same. Andy Flower could also make a few picks on that lines. For this article, we will consider only the teams from franchise-based leagues for which Andy has been the Head Coach.

Rashid Khan is one of the players who played under Andy Flower as Head Coach and could be targeted for the Lucknow franchise. As per many reports, Rashid already has an agreement ready with the Lucknow franchise. The duo worked together to good effect in the Hundred. Rashid is a top cricketer and he was anyways going to be one of the picks for the new franchises. Now, it is almost certain that Andy Flower will sign the Afghan.

Shimron Hetmyer was one of the replacement signings by Multan Sultans in recent PSL. Since KL Rahul is one of the players Lucknow is likely to sign, there is a power-hitter required in the middle-order. Hetmyer did well for Delhi Capitals in IPL 2021. He could play at No.4 and provide balance to the XI in terms of his skills. Hence, Andy Flower could target him.

Wanindu Hasaranga is also one of the players who played under Andy Flower as Head Coach and could be targeted for the Lucknow franchise. Although the signing of Rashid Khan could reduce the chances of the Sri Lankan joining the franchise, it cannot be completely discounted. The tactic of double leg-spin attack is taking a strong prominence and Hasaranga is one of the best in the business. He also adds terrific balance with his batting skills at No.7 or even higher.

Andy Flower and Dwayne Bravo have been part of the same T10 team on two occasions. Hence, there is a possibility that Andy might hire the West Indian. Bravo might be old, but his injury issues have decreased in recent months. He could carry on for at least two more years in the league. The new franchise needs experience, and being one of the highest wicket-takers in the league, Bravo can easily offer that.

Tim David played for Flower’s team in the CPL. The former Zimbabwe player has now signed the player for Multan Sultans in PSL. He said that David offers all-round abilities to the team. With Rashid Khan certain to be signed, David can be used as the off-spin option in the XI. Of course, David’s primary skill is his batting and will come in as one of the middle-order batters.