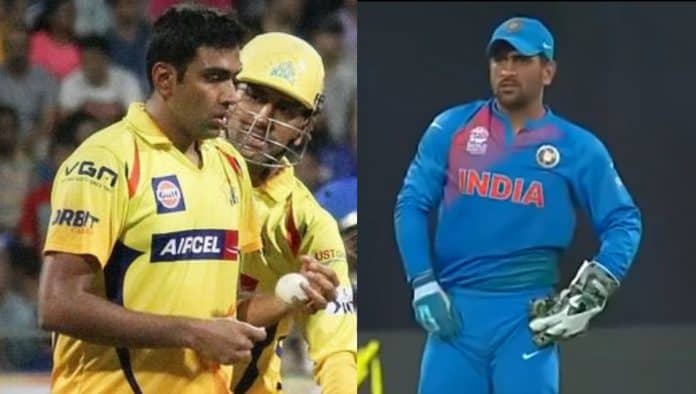 Former Indian cricket team captain Mahendra Singh Dhoni has been a polarizing figure in the world of cricket. The Jharkhand-based wicket-keeper batsman led the Indian team to a historic T20 World Cup in 2007 and that triumph led to the birth of IPL. Four years later, MS Dhoni helped India win the ICC World Cup, while in 2013, India won the Champions Trophy under his leadership.

Dhoni changed the view of captaincy and the role of a wicket-keeper batsman in a cricket team. His innovative approach was accepted by all major cricketing stars and here are the six trends that MS Dhoni started in the cricket world.

Giving first over to spinners in T20 cricket

MS Dhoni found a unique way of countering the left-handed opening batsmen of the opposition teams in the IPL. He gave the first over to his off-spinners and ensured that they finish off overs quickly without giving much runs to the left-handers.

Ravichandran Ashwin was his first choice spin bowler in the powerplays. Even the likes of Harbhajan Singh started using this strategy later to dismiss Chris Gayle early in the innings. A few other teams have started following this trend in cricket now.

Removing gloves in the last over

Earlier, the batsmen used to steal many extra runs in the form of byes during the slog overs. The wicket-keepers would struggle to hit the stumps with the regular wicket-keeping gloves on.

However, MS Dhoni changed this ideology of the keepers and he removed his gloves during the last overs to ensure that the throws are quick and hit straight on the target.

Complete presence of mind behind the stumps

The fans have often noted how MS Dhoni stretches out his leg to prevent a shot hit by the batsman towards the slip off the spin bowlers.

He even uses this tactic to stop the wide deliveries from going to the boundary line. Also, his presence of mind has helped his execute run outs without looking at the stumps. This strategy is now used by many wicket-keepers in the world to extend their reach from behind the stumps.

Finishing off matches with a 6

MS Dhoni established the trend of finishing off matches with a maximum to seal a victory in style. He even won the 2011 World Cup final against Sri Lanka with a towering six over the long-on boundary.

Many modern-era batsmen have tried to master this skill. With the growth of IPL and T20 cricket, this skill has also helped the players score a maximum off the last ball. Aditya Tare and MS Dhoni’s achievements against RR and KXIP are the finest examples of it.

Once upon a time, the yorker delivery was considered as an unplayable one for the batsmen. In the finishing overs, many bowlers made it difficult to score runs by mastering the art of yorkers.

Mahendra Singh Dhoni learnt the concept of the helicopter shot and made it famous among the batsmen so that yorker did not remain a threat for all. Players like Hardik Pandya and Rashid Khan have also tried to use this shot.

Another trend started by the Ranchi-based superstar in the Indian team is to hand over the trophies to the new members of the squad. In Dhoni’s view, it makes them feel at home.

Following MS Dhoni’s trend, Virat Kohli and Rohit Sharma have also done this thing after team India wins a major trophy. It has become a part of the Indian team culture now.