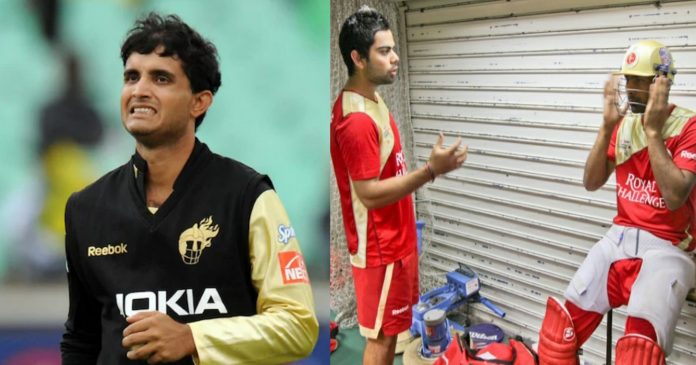 IPL 2020 is just a few weeks away from now as the fans gear up to witness the most unique edition of the Indian Premier League. This tournament will take place in the UAE, with only 30-50% of the stadium capacity expected to be filled by the fans.

Usually, IPL matches happen in front of a packed house, a tradition that began in April 2008, when Royal Challengers Bangalore hosted the Kolkata Knight Riders at the M. Chinnaswamy Stadium. Everyone remembers Brendon McCullum’s epic innings that he played that night, but only 2 out of 10 fans would know the following facts about the game between KKR and RCB.

7.Praveen Kumar was the top scorer for RCB

RCB has always had a stellar batting lineup in the IPL. However, that was not the case in the first season as the Bangalore-based franchise struggled to do well in the batting department. The fact that Praveen Kumar top-scored for them against KKR solidifies the claim made above.

In fact, Kumar was the only RCB player who managed to touch the double digits in the second innings of the game.

Current BCCI President Sourav Ganguly played the first ball in the history of IPL and he was also the first batsman to be dismissed in the competition as Zaheer Khan picked up his wicket in the sixth over. Brendon McCullum hit the first four and the first six of the competition. Again Zaheer was the man bowling those deliveries.

Virat Kohli is the world’s number one batsman right now. He holds the most expensive IPL contract. Also, he is one of the richest sportspersons on the planet at the moment. He made his IPL debut for RCB in 2008 against KKR.

Kohli came out to bat at number three and could only add one run to the team’s total before Ashok Dinda rattled his stumps.

As mentioned ahead, Sourav Ganguly was the first batsman to get out in the IPL courtesy of Zaheer Khan’s brilliance. However, the Kolkata Knight Riders skipper did not sit silently after that. In the second innings, Ganguly used his right-arm medium pace to take revenge as he dismissed Zaheer by hitting his stumps.

Sunil Joshi replaced MSK Prasad as the head of the selection committee of the Indian cricket team. He was an active player in the white ball arena 12 years ago as he turned up for RCB in the 2008 IPL. Bowling against KKR, Joshi conceded 26 runs in his three overs, while he also scored three runs with the bat.

2.Not a single no-ball bowled in the match

To bowl a no-ball in a T20 match is a thing that happens quite frequently. The bowler commits the mistake under the immense pressure of playing in front of thousands of fans. Jasprit Bumrah has often committed this mistake. However, in the first IPL match played in 2008, there was not a single no-ball bowled by either RCB or KKR.

1.Ishant Sharma bowled Rahul Dravid on the first ball of his IPL career

Ishant Sharma has made a name for himself with his splendid performances for the Indian Test team. Many fans would know that Sharma played for KKR in IPL 2008 and on the first ball of his career, he got the prized wicket of Rahul Dravid.

He broke through the defensive technique of The Wall and sent him back to the pavilion by dismantling his stumps. Thus, these are the seven lesser-known facts about the first game in IPL history.