Home IPL 2022 “We wanted to retain him”- Anil Kumble reveals the reason why KL... 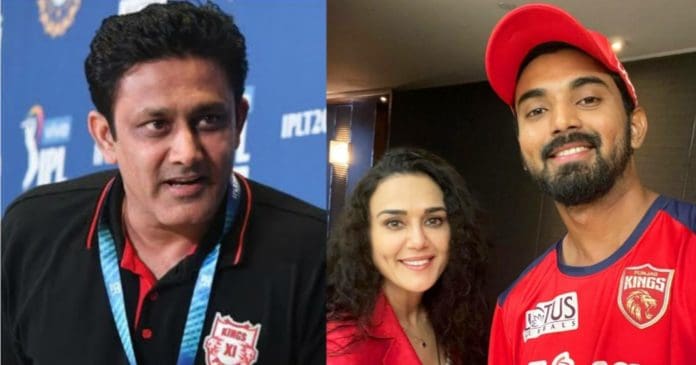 Punjab Kings’ head coach Anil Kumble has revealed the reason behind leaving KL Rahul in the IPL 2022 retentions. The retention event of the upcoming IPL 2022 season brought many surprises to the fans and experts. Several franchises bid adieu to their star players which has left the fans confused.

Similarly, the decision of PBKS management to not retain their skipper KL Rahul has come as a shock to many. After the franchise announced their retentions, there were multiple questions raised on them. Rahul was expected to be a sure-shot pick but Punjab decided to retain only two players i.e Karnataka opener Mayank Agarwal and uncapped bowler Arshdeep Singh. Mayank being the first retention will receive INR 12 crores whereas Arshdeep will receive a sum of INR four crores.

Rahul has been the backbone of the PBKS side for the past few seasons. It has been hard to digest the fact that why would a team let go of such a big player. However, it turns out that it was Rahul himself who requested to not be retained. Anil Kumble, in a conversation with Star Sports, claimed that the PBKS management wanted to retain Rahul but the batter had a contrasting opinion as he wanted to be available in the auction pool.

Thoughts from the Head of the Head Coach! 😎

“Obviously we wanted to retain him, that is one of the reasons we chose him as captain two years back. But he decided to go into the auction. We respect that, we honor his decision. It’s the player’s prerogative,” said Anil Kumble.

KL Rahul is one of the biggest stars in the IPL and has been among the most consistent batters in the last four-five seasons. His numbers in the IPL are mind-blowing as he has managed to score 3273 runs in 85 innings at an average of 47.43 and a strike rate of over 130.

Rahul’s numbers will definitely make him among the big buys in the IPL 2022 mega auction. However, before that, the two new teams Ahmedabad and Lucknow would also try to rope in the batter. Rahul’s experience as captain/ wicketkeeper also provides a huge benefit for the teams looking to regroup and create a fresh new side.