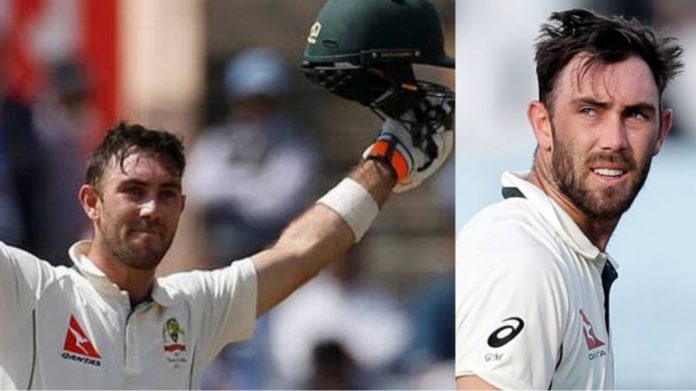 Glenn Maxwell is one of the world’s best all-rounders in white-ball cricket, but he has not played Test cricket for Australia since 2017. The long wait to see Maxwell donning the whites again for Australia has ended as the selectors have named him in the squad for their upcoming ICC World Test Championship series against the Sri Lankan cricket team.

The Australian cricket team is currently on a tour of Sri Lanka, where the visitors won the three-match T20I series by 2-1. However, they are trailing in the five-match ODI series by a scoreline of 1-3. The Aussies will be keen to win the ICC World Test Championship series because they have a solid chance of qualifying for next year’s WTC Final.

Australia narrowly missed out on a spot in the ICC World Test Championship final last year, but they are among the top contenders to win the trophy this year. The series against Sri Lanka is crucial, but unfortunately, the team’s batter Travis Head has a minor hamstring strain.

As a result, the selectors named Maxwell as a back-up for him. If Maxwell does make it to the playing XI of the Australian Test cricket team, it will be the first time he plays Test cricket since 2017. Last year, Maxwell had said that his Test career is all but over, but now he is back in the squad.

“I don’t think I stand anywhere near it, to be honest. They’ve got their idea of what they want. They’ve got guys in there at the moment who are very, very good first-class players. Cameron Green we can see is going to be an absolute superstar, Puck (Will Pucovski), Travis Head’s on the bench averaging 40 in Test cricket,” Maxwell had said.

Fans react as Glenn Maxwell is back in Australian squad

Fans were ecstatic to see Maxwell back in the Australian squad. Here are some of the top Twitter reactions:

Glenn Maxwell returns to Australia's Test squad for the first time in 5 years.

JUST IN: Glenn Maxwell has been added to Australia's Test squad to face Sri Lanka – he last played a Test in September 2017 #SLvAUS pic.twitter.com/Fs1ExOW0AE

Simply brilliant move ,just play him as an x factor and it is always worth it 👌 https://t.co/T1Z4BY0G61

Deserved! One of their best batters against spin right now! https://t.co/5L0u5Uei1W

Cricket Australia getting inspiration from Pant and Bairstow, might turn out to be a backup for Nathan Lyon https://t.co/ra9QlVF1Xj

“Didn’t expect Ireland to put up such a fantastic chase, this is brilliant”- Twitter lauds Irish team for giving India a scare in 2nd...