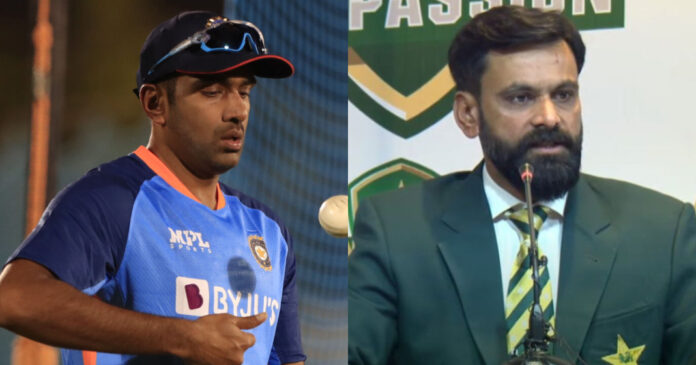 India lost their second encounter against arch-rivals Pakistan in the ongoing 2022 Asia Cup on Sunday (September 4) at the Dubai International Stadium. Pakistan won the game by 5 wickets with one ball to spare in a late-night thriller.

Chasing a target of 182 set by the Men in Blue, Mohammad Rizwan scored 71 off just 51 balls and Mohammad Nawaz smashed 42 off 20 deliveries to take their side home.

Notably, the defending champions were forced to make unnecessary changes to their XI due to the injury of Ravindra Jadeja. Dinesh Karthik was dropped for Rishabh Pant, Deepak Hooda got a game in place of Jadeja and Ravi Bishnoi got the nod for Avesh Khan’s place. Surprisingly, veteran spinner Ravi Ashwin didn’t make it into the XI despite several changes.

The 35-year-old spinner has featured in 54 T20Is, taking 64 scalps at an average of 21.5 and an impressive economy of 6.78. However, it has been out of the setup in limited overs over the past few years. But fans were expecting to see him back in action when the selectors picked him for the West Indies, followed by the Asia Cup.

Former Pakistani cricketer Mohammad Hafeez took to Twitter to decode Ravi Ashwin’s absence in India’s playing XI for the Pakistan clash. He recalled the 2014 Asia Cup clash between the two giants of the cricketing world, where Pakistan sealed a memorable game by just one wicket.

In that match, Ashwin was at the helm of affairs when Pakistan needed 10 runs in the last over. But Shahid Afridi, who was on strike, hit two consecutive sixes on the third and fourth delivery to clinch the big win. While India failed to proceed to the final, Pakistan were defeated by Sri Lanka in the 2014 Asia Cup final.