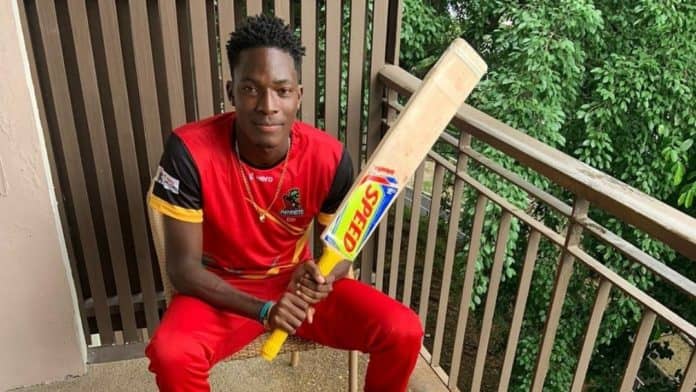 Dominic Drakes has received his maiden Indian Premier League contract today from one of the most successful teams of the competition, Chennai Super Kings. Just before their last league match of IPL 2021 against the Punjab Kings, the Chennai Super Kings announced that they have signed Drakes as a replacement for Sam Curran, who was recently ruled out of IPL 2021 because of an injury.

Curran is also going to miss the upcoming ICC T20 World Cup. While the England cricket team have not made an official announcement for Sam’s replacement, Chennai Super Kings have roped in Dominic Drakes. Notably, Drakes is also a left-arm fast bowler and a left-arm fast bowler. Many Caribbean fans would know that he was the Player of the Match in the final game of the recently-concluded Caribbean Premier League season.

It will be interesting to see if Drakes make his debut in IPL 2021. But before he does that, let’s have a look at some interesting facts you need to know about the latest signing by CSK.

Uncapped Caribbean all-rounder Dominic was plays for the Barbados cricket team at the international level. In the Caribbean Premier League, he has played for St. Kitts and Nevis Patriots as well as Barbados Tridents.

The official IPL salary of Dominic has not been disclosed yet, but he had a base price of 20 lakhs at IPL Auction. So, his salary should be around the same amount.