Home News Here is the reason why Moeen Ali and Sam Curran might not... 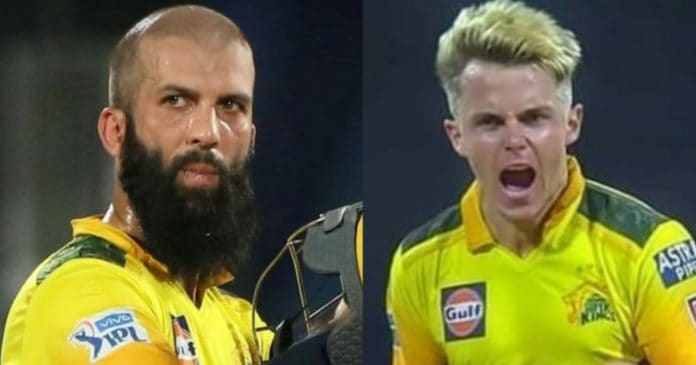 In a disappointing development for all fans of the Indian Premier League, a report has emerged claiming that the English players may miss the IPL 2021 Playoffs due to international commitments. The IPL 2021 playoffs are scheduled to begin on October 10. Meanwhile, the England cricket team is scheduled to tour Pakistan to play two T20I matches on October 13 and 14.

As reported by Sportskeeda, it seems unlikely that the Chennai Super Kings duo Sam Curran and Moeen Ali will be available for the most crucial matches of the tournament. Moeen Ali and Sam Curran have played an integral role in the success of the Chennai-based franchise.

The England and Wales Cricket Board (ECB) had recently announced their squad for the upcoming T20 World Cup. It seems the same squad might play in the Pakistan series because the series could be a decent way to prepare for the mega event in the United Arab Emirates and Oman.

England is in the Group of Death in the T20 World Cup 2021 along with two-time champions West Indies, Australia and South Africa. It will be very tough for the Eoin Morgan-led outfit to make it to the semifinals. Also, their star all-rounders Ben Stokes and Jofra Archer are unlikely to be a part of the competition.

Moeen Ali and Sam Curran are two star players who have been picked in the English squad for the 2021 T20 World Cup. The squad also features Kolkata Knight Riders captain Eoin Morgan and Sunrisers Hyderabad batsman Jason Roy among others. Here is the full squad: