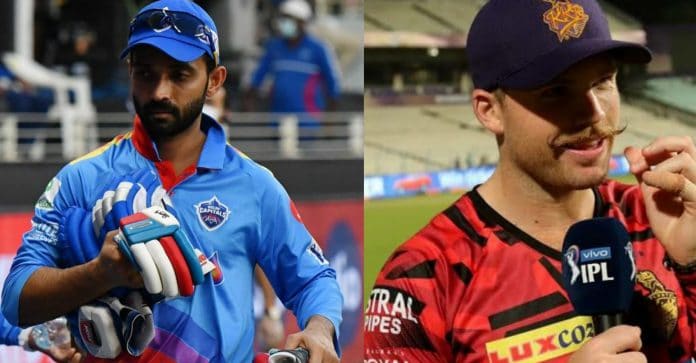 Royal Challengers Bangalore handed a tough loss to Kolkata Knight Riders on 12th October at the Sharjah Cricket Stadium in UAE. This game was the 28th of the tournament, and hence, IPL 2020 had reached its halfway stage.

It has been an exhilarating few weeks of action, and thankfully, the party doesn’t stop yet. To make things more interesting, the IPL mid-season transfer window has also started on Tuesday. Although the past few seasons have not seen any activity during this period, there are rumors that we could see one or two movements in this edition.

Essentially, during this transfer window, players can switch franchises for the remainder of the tournament. Of course, there are other rules and regulations that govern this window. There are reports running which tell that big names could be involved in this season’s transfer window. Some names include Anjinkya Rahane, Imran Tahir, David Miller and Keemo Paul.

On that note, in this article, we take you through six lesser-known rules of the mid-season transfer window.

1. The Duration Of The Transfer Window

The mid-season transfer window of IPL 2020 would be open for a period of five days. This way, the board has ensured that the cricketing activity will not lose its fizz at the later stages of the tournament.

A player can move to a different franchise only for the remainder of this campaign. After the completion of this season, he would move back to his parent franchise for the upcoming edition. Whether he goes back into auction or gets retained, the decision power lies with the parent franchise.

3. A Player Traded Cannot Play Against His Parent Franchise

This rule is very important and could have major implications. A player traded will not be allowed to play any games against his parent franchise for the rest of the competition. For instance, if Ajinkya Rahane makes a move from Delhi Capitals to Sunrisers Hyderabad, the player cannot be part of the SRH team that faces Delhi for the rest of the tournament.

The board is yet to give clarity regarding this point. Earlier, when a player has to miss the tournament due to injury, the franchise usually announced a replacement for him. However, it is not clear if this replacement player can be loaned from a different team during the mid-season transfer window. If that does happen, we could actually see a few players move to different teams for the remainder of the season.

There are a couple of differences from the previous editions. In 2019, the board had made only uncapped players part of the process. However, for this season, the capped stars have also been drawn into the fray. While this is a major difference, the type of players eligible for the transfer remains almost the same. A player must not have featured for more than two games for his parent franchise this season if he wants to play for a different squad this edition.

Players are usually bought at the auction through a bidding process. There is confusion as to what would be the fee structure during the mid-season transfer window. However, reports suggest that the payable amount for the team receiving a player will not be subject to the salary cap. This means that the parties involved must strike a deal for the transfer of the cricketer. While fifty percent of this fee has to be paid within seven days of registration, the remaining amount must be furnished within the last week of the tournament.