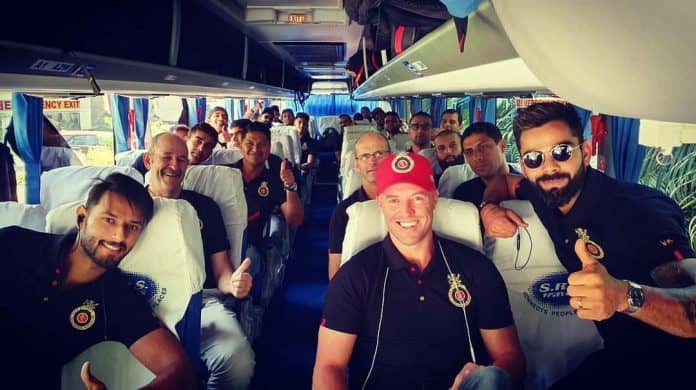 Royal Challengers Bangalore have been the unluckiest team in IPL history having won zero IPL trophies till date. It is not that the Bangalore-based franchise has had weak squads. In fact, they always enter the tournament as one of the favorites to win however, they lose their momentum midway because of their bowlers.

With the likes of Virat Kohli and AB de Villiers already present in the squad, the RCB team management decided to add more fast bowling firepower in their team. Mike Hesson signed Chris Morris, Isuru Udana, Kane Richardson and Dale Steyn in the auction. With so much talent present in the team, the fans are confused who will play for RCB in the playing XI.

Well, here is the strongest possible XI of RCB for IPL 2020.

Although Devdutt Padikkal has done extraordinary things in the domestic circuit, he would not make it to the opening roles. Aaron Finch, the Australian captain, is at his peak while Parthiv Patel can keep the wickets which gives him an additional attribute to play.

Hence, the right-hand-left-hand pair of Finch and Patel will open the innings for the Bold Army.

Virat Kohli bats at his best when he comes out at the fall of one wicket so he should not move himself up or down the order. AB de Villiers is perhaps the best number 4 batsman on the planet while all-rounder Shivam Dube will provide the right balance to the team at number 5.

Dube can also bowl a few overs of right-arm pace in the middle hence, he will give flexibility to the side. Explosive batsman from Punjab, Gurkeerat Mann will play the finisher’s role for RCB at number 6.

Washington Sundar is a brilliant all-rounder but he is yet to prove his talent with the bat. Expect him to bat ahead of the South African star Chris Morris who has an ample amount of IPL experience. Umesh Yadav can bowl 4 overs and also hit the big shots at the death.

The number 10 position will be a toss-up between Kane Richardson and Isuru Udana but the Aussie should make the cut having played in the IPL before. Yuzvendra Chahal owns the number 11 position. Hence, this is the strongest possible XI for RCB in IPL 2020.