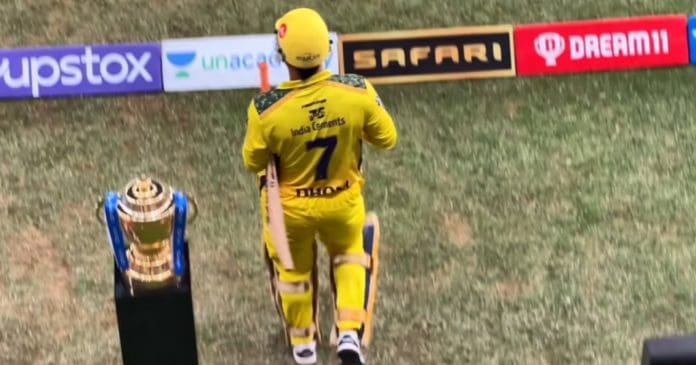 Indian Premier League, which is titled and is rightfully the biggest and the richest T20 cricket league in the world, witnessed a season full of excitement and craze. It was finally that Chennai Super Kings was crowned champion of IPL 2021 after a long 60 matches by defeating Kolkata Knight Riders in the final.

Now, the fans will surely would want to know how much prize money did the winning team and the runners up team recived. Well the Indian Premier League is said to be the richest T20 league in the world.

Indian Premier League (IPL) not only brings and excitement and craze with it but due to its popularity around the world, it attracts a lot of sponsors. That’s why the prize money has always been a lot compare to the other T20 cricket leagues around the world.

But, due to economic crisis due to the global COVID-19 pandemic, the Board of Control for Cricket in India has reduced the prize money by half compare to the prize money it offered before.

Now, the winning team in the IPL 2021, that is MS Dhoni led Chennai Super Kings, received 20 crores as the winners prize money while, Kolkata Knight Riders, who finished as the runners up, received 12.5 crores. While the 2 other teams who reached the playoffs, Royal Challengers Bangalore and Delhi Capitals got 8.75 crores each.

Talking about individual awards in IPL 2021, each award winners received 10 Lakh Prize Money each. Ruturaj Gaikwad won the Orange Cap for scoring the most runs, Harshal Patel won the Purple Cap for taking the most wickets.

Kolkata Knight Riders won the toss and opted to bowl first. Ruturaj Gaikwad and Faf du Plessis gave CSK a solid start as both added 61 runs for the first wicket. Faf du Plessis continued his inning and scored 86 runs and got out only on the last ball itself.

Chasing the big target, Kolkata Knight Riders got off to a brilliant start, all thanks to their opening duo, who posted 91 runs partnership for the 1st wicket.

But as soon as Venkatesh Iyer departed, there was no support for Shubman Gill from the other end as everyone failed to contribute. Shubman Gill too made his way to the pavilion after scoring his fifty.

It was just a matter of time for CSK after that as they registered the all important win by 27 runs. The boys from Chennai lifted the Indian Premier League trophy for the 4th time.