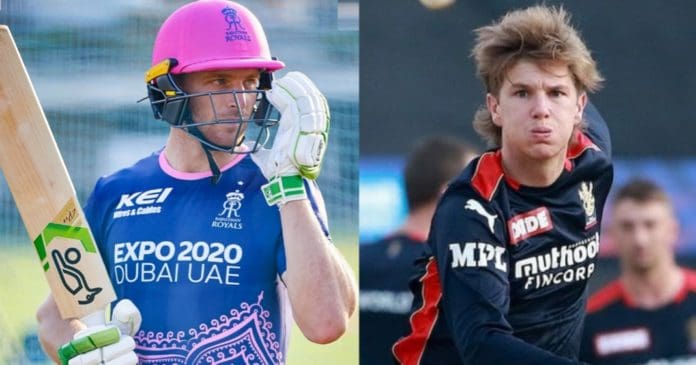 IPL 2022 Mega Auction is the next big event in cricket after the ICC T20 World Cup 2021. The Super 12 round of the T20 WC 2021 saw Pakistan, Australia, New Zealand and England emerge as the top four teams. The IPL team owners got a close view of all global stars in the T20 World Cup 2021.

It is likely that some of the players who already have IPL contracts may receive better contracts. The reason behind it is not everyone will be retained because of the mega auction rules. The following seven players are likely to receive a higher salary soon.

New Zealand’s fast bowler Trent Boult scalped 11 wickets in five matches during the Super 12 round. His IPL 2021 salary was INR 3.2 crore, and it should go up in the next mega auction.

Royal Challengers Bangalore signed Adam Zampa for INR 1.5 crore. Zampa was the most successful spinner in Super 12 round, which should get him a better price.

KL Rahul was the highest run-scorer for India in T20 WC 2021. He has been very consistent, and as per reports, he is already negotiating a better deal with Punjab Kings for the next season.

Rajasthan Royals signed Jos Buttler for 4.4 crore. Given how brilliantly he has played for England, it should not be a surprise if his salary crosses INR 5 crore in 2022.

Delhi Capitals secured the services of Anrich Nortje for just INR 90 lakh. He took nine wickets in five matches for South Africa and had an economy rate of less than six. Nortje is likely to earn a mega deal.

Afghanistan star Rashid Khan took eight wickets in five Super 12 matches, including one four-wicket haul. Khan’s current salary in the IPL is 9 crore, and it can go beyond INR 10 crore in the next season.