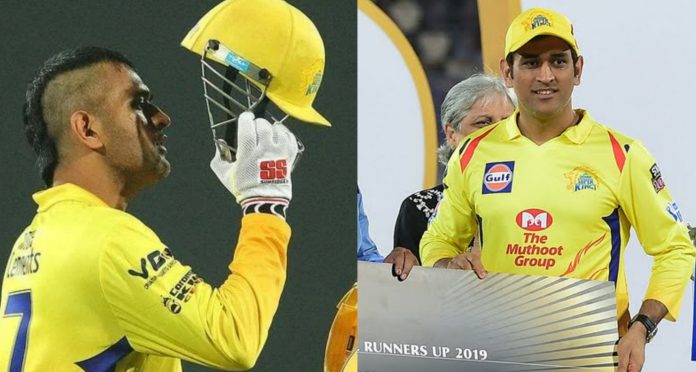 MS Dhoni is arguably one of the greatest limited-overs cricketers that the sport has seen. A man for the crunch situations, MS is his team’s ultimate weapon to pull them across the line. In IPL too, the legendary cricketer has showcased his talent on multiple occasions.

Despite batting lower down the order, the Ranchi-based player has several match-winning knocks to his name. In this article, we take you through the highest scores achieved by MS in each season of the tournament.

The costliest player of the first season, MSD was kept quiet for the first three games. However, the then long-haired Dhoni chose the fourth match to display his skills. Against RCB, he struck 65 runs off 30 balls and helped his team do quite well. This was his best innings in the first season.

Held in South Africa, MSD had not started the second season of IPL very well. However, against Deccan Chargers at the Buffalo Park, the player scored an unbeaten 57 runs and kickstarted his good form.

In the second game of the third season for CSK, MS Dhoni scored at a strike-rate of 200 to hand his team a great victory. The captain cool hit six boundaries and three sixers in this encounter.

Despite wickets falling in a heap around him, MSD kept his cool against RCB in Bengaluru in this game in 2011. His 40-ball 70 helped CSK post a total of 129, which they eventually failed to defend.

In a crucial elimination final, MSD brought out one of his best performances in the tournament. He got six boundaries and two sixers within just 20 balls and added crucial 51 runs to his team’s account. CSK won this game handsomely by 38 runs.

MSD’s good record against SRH started with this game in 2013. His team was unconvincing till then, and MS made sure that didn’t dent the team’s hopes. He compiled four huge hits out of the park along with seven boundaries to score 67 runs from 37 balls in this knock.

MSD’s highest score in 2014 also came against SRH. This time around, this knock came about at his hometown in Ranchi. While the Ranchi crowd was given a Dhoni masterclass, unfortunately, they couldn’t witness his team winning the game.

For the third season in a row, MSD’s highest-score of a season came against SRH. While MSD was at his best in this encounter, his knock was slightly overshadowed by Brendon McCullum’s century in the same game.

Playing for the first time ever for a non-CSK franchise, one of MSD’s best knocks in IPL came underneath a Rising Pune Supergiant jersey. Chasing a stiff target of 173, MSD made 64 runs from 32 balls and helped his side cross the line. This is despite no one giving him enough support at the other end.

In this match again, Dhoni showed all of us why he is called the master of crunch situations. Against an extremely strong bowling line-up, MSD constructed an excellent chase to give his team a win. Dhoni’s highest score in 2017 included five fours and three sixers.

Chasing a stiff target of 198, CSK had lost wickets very early. Someone had to step up, and it was Dhoni’s day. MSD was also at his destructive best on this day. He took just 44 balls to compile 79 runs, a knock that included six boundaries and five sixers. However, unfortunately, CSK fell short by just four runs off the target.

Dhoni’s highest-ever score in IPL happened in 2019. Chasing a mediocre target of 162, CSK were in all sorts of trouble at 28 for four. However, MSD held his ground and made it all count. He smacked RCB bowlers all over the park as 84 runs came off just 48 balls. Unfortunately, CSK lost this game by a run.