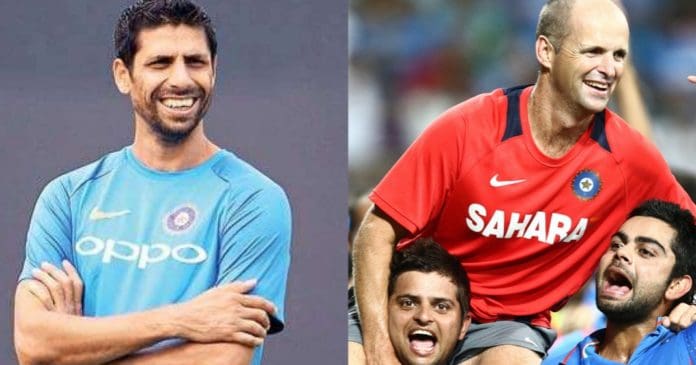 The Indian Premier League’s new boys from Lucknow, one of the two teams that is set to enter the IPL from 2022, is said to be in touch with the India’s World Cup winning coach and player Gary Kirsten and Ashish Nehra to join their coaching staff.

The Indian Premier League (IPL) is set to expand to 10 teams from IPL 2022 onwards. A auction was held on the 25th of October to determine who will be the 2 new teams, and owners of those 2 teams will be.

It was Sanjiv Goenka owned Sanjiv Goenka Group who won the bidding for Lucknow franchise for 7090 crore while CVC Capitals got hold of Ahmedabad based team for 5625 crore INR.

While both the teams are yet to unveil their name and logo, both are said to be busy building their base, and that is to sign a good coach.

Earlier, according to multiple reports, CVC Capitals has approached former Indian Head Coach Ravi Shastri to become their Head Coach, no further development on this yet.

Now the Lucknow based team has also enter the market and is said to be have made contact with India’s 2011 World Cup winning coach Gary Kirsten and player Ashish Nehra to join the coaching setup, as a head coach and consultant, according to a report on Cricbuzz.

Ashish Nehra is one of India’s premium left-arm pacer and has tons of experience that could help the Lucknow team. Whereas, Giry Kirsten, who has won the 2011 Cricket World Cup with India and in India, knows how to win trophies and is very well experienced with the Indian conditions.

Let us also remind you that, Sanjiv Goenka’s RPSG Group had owned the Rising Pune SuperGiants in 2016 and 2017, replacing Chennai Super Kings and Rajasthan Royals, who were suspended for 2 years due to fixing issue. At that time, Stephen Fleming was the Head Coach of the team, however, this time, he won’t be available as he will continue managing the CSK side.