Home IPL 2022 One Released Player Each Team Will Target To Buy Back At The... 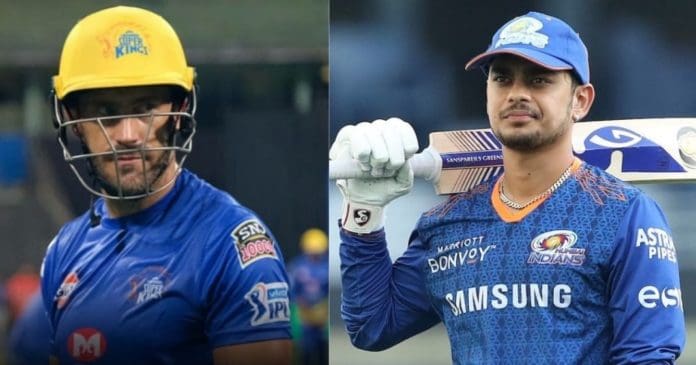 With the retentions finalized by the existing franchises, the focus now shifts to the new teams that will make a few picks. Meanwhile, the old teams will begin strategizing for the auctions. The IPL 2022 Auctions could happen in January. In this article, we take a look at one released player each team will target to buy back at any cost in the IPL 2022 Auctions. The dynamics will be immense at a mega-auction but a few teams will be desperate to retain their core by targeting some of the released players.

Faf du Plessis has been the best player for CSK in recent years. While he top-scored for them in IPL 2020, he was the team and the tournament’s second-highest run-getter in IPL 2021. The South African has forged a fruitful opening combination with Ruturaj Gaikwad and CSK will hope to retain it.

It is under unavoidable circumstances that Delhi has released Shikhar Dhawan. The southpaw has been the highest run-scorer for the franchise ever since he joined. For a team that has youngsters such as Rishabh Pant and Prithvi Shaw, the experience of Dhawan is needed.

KKR has given a lot of chances to Shubman Gill and will be desperate to reap the rewards by getting him back to the franchise. It will be hard but the 2021 finalists will want it to happen. Punjab Kings might also target Gill, who happens to be from the state.

Ishan Kishan will be a priority signing for Mumbai Indians. He is a wicket-keeper, a left-hander and a captaincy choice for the future. He is also a fearless batsman and suits the current brand of T20 cricket. Hence, they might target him again.

Shahrukh Khan recently showcased his ability to finish games. He has potential and after having invested in him for IPL 2021, PBKS could be inclined to make a move for him again. There will be a lot of competition but Punjab will have money to spend.

If Jofra Archer is fit, Rajasthan Royals might go any length to buy him back. They could even pay him more than what they did to Chris Morris for IPL 2021. Jofra is not only a bowling spearhead but at No.8, he is also a useful batsman.

There is a dearth of quality domestic leg-spinners at the moment. Also, Chahal has been phenomenal at the Chinnaswamy Stadium. Hence, they might target him at the IPL 2022 Auctions. That said, Chahal will have many suitors at the auction.

Having released a few top stars, SRH will be hell-bent on re-signing Jonny Bairstow, who has been excellent for them. The Englishman is also a wicket-keeper, which adds to the value he provides to the franchise.