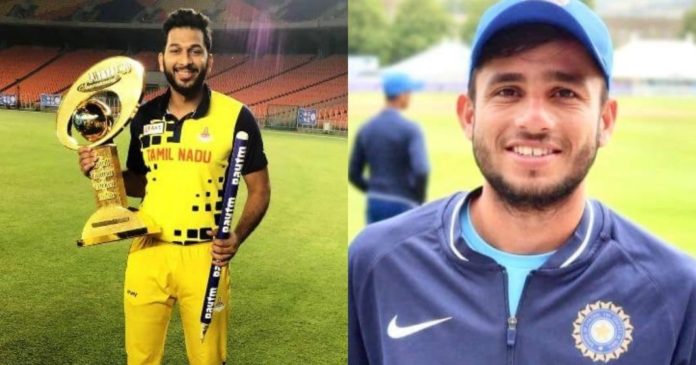 Homegrown cricketers are important for a franchise to secure the fanbase and also have players who know the home conditions very well. Even if the players are uncapped, they will be of use to the franchise. In this article, we take a look at one uncapped homegrown player each IPL Team can target for IPL 2022.

Thanks to the Syed Mushtaq Ali Trophy, IPL franchises are now aware of the talent in their catchment area. Hence, they can focus on hiring cricketers who will help the team do well in multiple aspects.

Shahrukh Khan is one uncapped player each IPL team can target at the IPL 2022 Auctions. The Tamil Nadu player’s finishing abilities have been on display on multiple occasions. Hence, he is sure to command a huge bid at the auctions. CSK could target him as the long-term replacement for MS Dhoni in the middle-order.

Delhi Capitals already had Lalit Yadav in the previous seasons but they might try to re-hire him. He is a good all-rounder and has shown good form recently. Being an off-spinner, he can complement Axar Patel in the spin department.

KKR needs to build a pace attack, and they could target Ishan Porel, who knows the Eden Gardens very well. Porel is highly rated for his skills with the ball at the start of an innings.

Abhishek Sharma is one player who could be in the eye of many teams. A left-handed opener, Abhishek also bowls off-spin. Hence, he adds terrific balance to the XI. Punjab might target him as the ideal opening partner for Mayank Agarwal.

Mumbai’s resources in domestic cricket are not brimming with talent at the moment. Most of the players have already made their debut for Team India. However, the franchise could try hiring Sarfaraz Khan and turn him into a top player as they have done with the likes of Suryakumar Yadav and Ishan Kishan in the past.

Rajasthan Royals might target Ravi Bishnoi in the uncapped category. In the last few years, RR has not had a proper spin-attack. Ravi is considered the future of India’s spin attack. Hence, he could be targeted by his home franchise.

When it comes to one uncapped homegrown player each IPL Team can target for IPL 2022, RCB’s choice could be Abhinav Manohar. He is a middle-order batsman who has already showcased his clean hitting abilities. Hence, he could be hired for a role at No.5 or No.6.

SRH has always had a packed overseas top-order. They might try to employ a young Indian opener at the top from the next season. Tilak Varma, the home-grown youngster who has done well recently, can be a fine addition for them.

Priyank Panchal might be a Test specialist but he has also done decently well in the shorter formats. He is an experienced cricketer and will be of use in the top-order. Hence, the Ahmedabad team might hire him.

Kartik Tyagi is also one uncapped player each IPL team can target at the IPL 2022 Auctions. The Lucknow franchise, though, might target him as he offers a long-term incentive. His current skills are also sufficient to operate as one of the lead pacers in the XI.