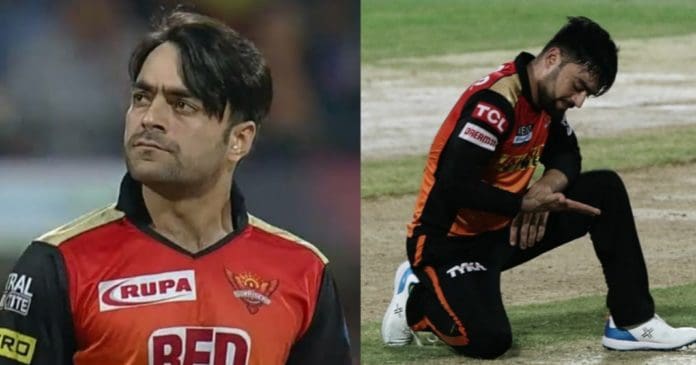 All teams have declared the final list of retentions before IPL 2022 Mega Auction. One of the major surprises was that Rashid Khan did not find a spot in the retention list of Sunrisers Hyderabad. The Afghan spinner has been a fine performer for the franchise and hence, the decision was shocking. In this article, we tell you the exact reason why Rashid Khan was not retained by SRH as revealed by the team’s CEO K Shanmugam.

Rashid Khan was not retained by SRH

Rashid Khan wanted to enter the auctions because of the price and since SRH could not agree on a deal, they had to release him. Speaking on Star Sports during the retention event, K Shanmugam said, “It’s a difficult decision, but if a player wants to be in the auction because of the price, we definitely respect the decision. We will try and match him at the price and see if we can pick him up in the auction”. Although the CEO said they will try to buy Rashid, it might be hard as one of the two new teams might sign him by then.

It will be a mountain to climb for the franchise

SRH has retained Kane Williamson and uncapped players Abdul Samad and Umran Malik before the auctions. For Sunrisers Hyderabad, it will be a difficult road from now on. Barring Williamson, who himself is not in the best of T20 form, the team does not have proven cricketers.

While Samad and Malik offer promise, it is not sure if they can reap instant rewards. Also, with the two new teams coming in, SRH will have limited access to quality players at the auction. Those who arrive at the event will also be subject to an intense bidding war between all ten teams. Hence, SRH will have to be wise while constructing the squad for the next season.