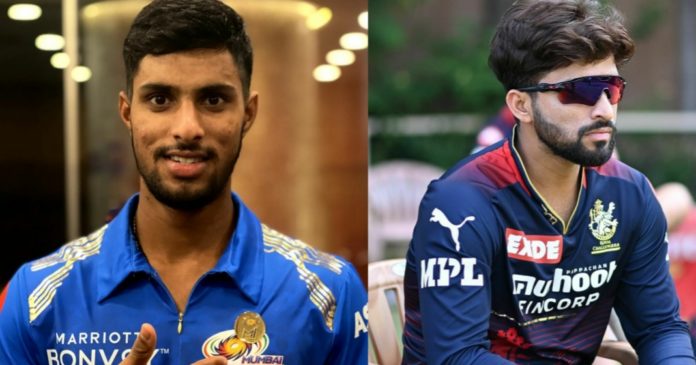 Every edition, the Indian Premier League throws a few uncapped performers into the limelight. In the context of the depth of Indian cricket, this is really helpful. IPL 2022 was also not different. In this article, we take a look at the best uncapped XI of IPL 2022.

With the introduction of two new teams in IPL 2022, there were bound to be extra opportunities for uncapped Indian players. In fact, some uncapped foreigners such as Dewald Brevis also got a few games. A few players played all the games for their respective franchises and left an impression on the followers of the tournament.

Rahul Tripathi and Yashasvi Jaiswal be the openers in this best uncapped XI of IPL 2022. It was yet another terrific season for Rahul Tripathi. He made more than 400 runs while batting at No.3. The most impressive aspect of his batting was his strike rate, which was around 158 for IPL 2022. For his experience in the competition, he also captains this squad. Yashasvi Jaiswal had a forgettable start to the tournament. However, after he came back, he delivered a few good knocks for his side.

Rajat Patidar was the star for RCB after the team reached the playoffs. The Indore-based cricketer scored a hundred in the eliminator. Despite it being his first season, although he was batting at a new spot in the batting order, Tilak returned with 397 runs. If not for him, Mumbai Indians would have had a further embarrassing campaign. Jitesh Sharma was a surprise selection in the Punjab Kings batting line-up. He justified it with a few sold cameos in the lower middle-order.

Shahbaz Ahmed and Rahul Tewatia will be the all-rounders’ in this best uncapped XI of IPL 2022. The West Bengal all-rounder almost had an equal role to play in both the departments. However, it was the first half of the season where he found more success. Rahul Tewatia did not bowl much but he was one of the best finishers of IPL 2022. He helped Gujarat win a few games from unlikely situations.

Sai Kishore came into the XI in the latter half of the league. However, he has cemented his place, thanks to the brilliant bowling displays. Mohsin Khan can be considered a find for this season. He bowled well in the powerplay and also did a fine job at the death. Arshdeep Singh and Umran Malik have been both selected for Team India. One of the reasons for this is their performance in IPL 2022. It needs to see how they would perform at the international level.