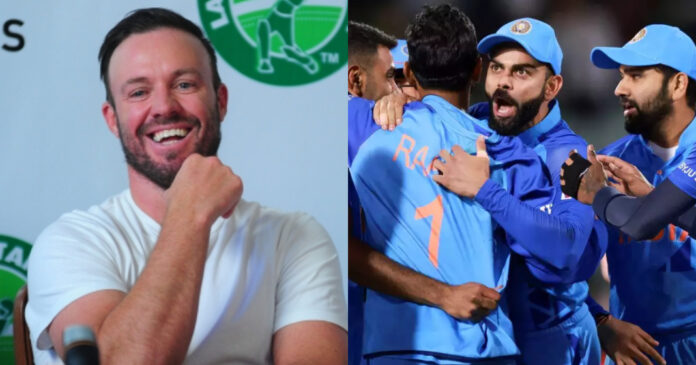 Former South African cricketer AB de Villiers has predicted India and New Zealand to be the two finalists of the ongoing T20 World Cup in Australia. He revealed his predictions at the event launch of The Last Man Stands (LMS) India Super League 2023, the world’s largest amateur T20 cricket league in India.

de Villiers went on to say that Team India will win the final contest at the iconic Melbourne Cricket Ground (MCG) on Sunday (November 13). “India and New Zealand will play the final and I think India will win,” he said. The 38-year-old also shed light on Indian batting line-up.

“Everyone is playing well. Suryakumar looks in good form, Virat looks in good form. Rohit has not had his best run, but he will come to the party when it matters the most. He is a fantastic player. The whole batting line-up and team are talented. I am looking forward to them having a good game against England, which is their biggest test. If they win the semifinals, they will lift the trophy,” he added.

While some fans expressed their joy after hearing his statement, some fans are saying that the Men in Blue are not winning the title as de Villiers has jinx it.

Here are the best tweets:

Team India will lock horns with England in the second semi-final of the event on Thursday (November 10). The winner of the battle will face either New Zealand or Pakistan in the final.