Home Twitter Reactions “And he will still take five wickets haul at age of 42”... 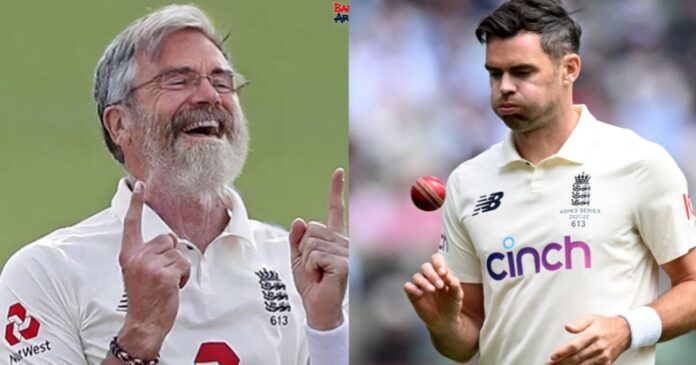 The game of cricket has changed considerably in the last couple of years of decades to say so. While players playing till their close to 40 in the earlier time. But due to the game’s development over the years and number of matches and competitions increasing, the players nowadays struggle to find that same rhythm after they have passed 35-years-old.

But despite all that, England cricket team’s fast bowler James Anderson, who is currently aged 40-years-old, is still one of the best bowler with the red ball and England team’s first choice bowler when it comes to Test cricket.

At this age, Anderson still produces performance like he is in his mid twenties. Now recently in a conversation with a media, Anderson revealed that he would like to play the next Ashes series 2025 for England and that time, he will be 42 years. After seeing this, Twitterati have shared their opinion.

Jimmy Anderson confident of playing the 2025 Ashes in Australia at the age of 42. (To Daily Mail).

Jimmy after taking another fifer at the age of 42 pic.twitter.com/fz36mOC4yb

The guy has next level dedication for the game and towards his team. Unreal fitness bruh!

Wow, man just decides himself whether to play or not 🔥🔥🔥
Selectors be like : me kya karu job chor du?

He should and he will! Thank god, @BCCI can’t stop him. @msdhoni would have played for india, a couple more years. Only in India they consider that you are old to play the sport after 35. Sucks!

He is getting younger year by year

Jimmy Anderson is like Anil Kapoor of India. He getting younger as the age increased.

If he play till 2025 ashes then he’ll surely break Sachin 200 test match appearance record for sure.