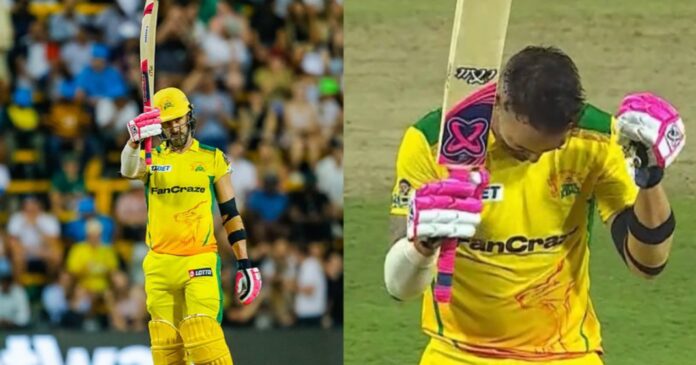 The inaugural edition of the SA20 League has been exciting so far and the league is filled with competition. Each and every team that is taking part in the competition have been excellent and there has been no one sided affair.

The match number 22 of the SA20 League was played last night between the Durban’s Super Giants and the Joburg Super Kings at the Wanderers Stadium in Johannesburg.

But for the Super Kings, captain Faf du Plessis single-handedly won the match as he scored a brilliant century, 113 runs from 58 balls, winning the match by 8 wickets. After this performance from the former Chennai Super Kings batsman, the yellow army felt joyous.

Vintage Faf Du Plessis, what a hundred in the run chase, 103* from just 54 balls, Captain played a terrific knock.

Faf in yellow is an emotion. pic.twitter.com/bDDJcfn4w9

❤ What a player!! Don’t know why some fans at RCB don’t like him. He’s such a class player. #RCB #eesalacupnamde 🔥🤞🏻

yesss faf in yellow is an emotion, bring him back to csk 💛 https://t.co/OTtp4ZXVhi

Faf du Plessis gets the first hundred off @SA20_League and he scores the runs off his brother in law!
Of all the storylines… #cricket

“Before auction he said RCB his favourite team then changed to Mumbai and now changed from ABD to Rohit Sharma” – Twitter reacts as...