Home Twitter Reactions “Both Michael Bracewell and Dasun Shanaka should be part of IPL than... 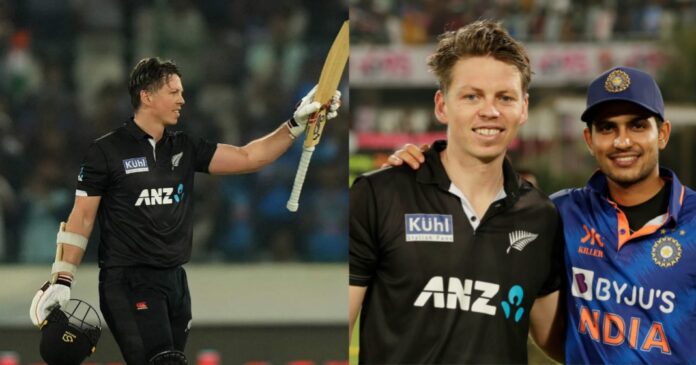 An interesting match was played between the hosts Indian team and New Zealand team at the Rajiv Gandhi International Stadium where the Indian team beat the Kiwis by just 12 runs a close call chase.

The 1st match of the 3 match ODI series was played yesterday between the Indian cricket team and the New Zealand cricket team.

After winning the toss, the Indian captain Rohit Sharma opted to bat. Despite a good start, Rohit Sharma departed after scoring 34 runs. Same goes for other players as well, however, opening batsman Shubman Gill remained stick at one end.

The batter played some classy shots and completed his double hundred in the match as his 208 runs took India to 349 runs total, setting New Zealand a target of 350 runs.

New Zealand got off to a terrible start in the match as they lost 5 wickets for 110 and 6 for 131 runs. But from there on, Michael Bracewell played an wonderful inning of 140 runs from just 78 balls to almost take the victory for New Zealand. He was also the last Kiwi batter to be dismissed.

After his performance today, the Twitterati demanded that players like Michael Bracewell and Sri Lankan captain Dasun Shanaka deserves IPL contract more than some of the English or Aussie players.

– A player who thrives under pressure, he played like a Champion! pic.twitter.com/vxAgQUXchl

An exceptional innings from Bracewell. And exceptional striking as well. We’re lucky enough to win this one . Kiwis don’t give up 🔥👏🔥

Shanaka and Bracewell going Big bids for next year IPL.

If it was a day/week before the auction, Michael Bracewell and Dasun Shanaka would’ve fetched an IPL contact worth 10+cr.#INDvsNZ #INDvsSL