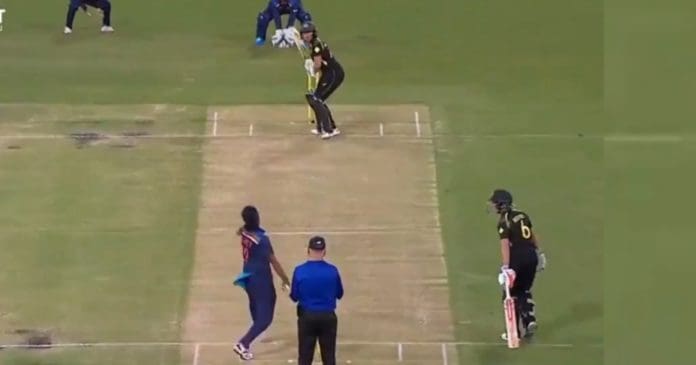 Experienced bowler of Indian Women’s Cricket Team produced a splendid delivery against Australia in the second T20I encounter on Saturday. The ball moved a lot and also resulted in the important wicket of Alyssa Healy. Naturally, Twitter erupted with the delivery. In this article, we take a look at the Twitter reactions to Shikha Pandey’s Ball of the Century against Australia on Saturday.

India lose to Australia in a tense game

With the first T20I game of the series ending in a no-result due to rain, both teams were under pressure to win the second encounter to save the series from being lost. Winning the toss, Australia put India to bat first. Team India was off to a poor start as they lost three wickets when there were 24 runs on the board. Skipper Harmanpreet Kaur tried to steady the ship but lost her wicket after she had scored 28 runs. Deepti Sharma and Pooja Vastrakar made important contributions as India finally posted a total of 118.

In the chase, Australia, too, did not have a great start but the partnerships came in at the right time which ensured that the team never lost its way. Beth Mooney and Tahlia McGrath played important knocks as with five deliveries to face, Australia won the game by four wickets.

Twitter goes crazy with Shikha Pandey’s Ball of the Century

Shikha Pandey produced an unbelievable delivery in just the second innings of her spell. It was a ball that moved a lot and it also took Alyssa Healy’s stumps on the way. Shikha was pumped up and so were the other members of the team.

Twitter, too, erupted in reaction to the delivery. Many of them felt that the delivery would fall in the “Ball of the Century” category. In this article, we take a look at the Twitter reactions to the delivery.

Are you for real, Shikha Pandey? 🤯

Watched this wonderful ball from shikha pandey. Which took the wicket and showed the talent of swing in women's cricket. 👌👍 pic.twitter.com/5JS1Mb5s9I

You can't see us, our time is now.

Magnificent ball by shikha pandey it dropped on pitch but caught in our heart. ✌️❤️ pic.twitter.com/hTBZkAPWDA

Can someone please make a gif of Shikha Pandey's reaction to taking Healy's wicket? Thanks in advance. #AUSvIND

That ball was headed for Goa from Gold Coast…

Superb showcase of swing bowling from Shikha Pandey in her first innings with the ball in the ongoing #AUSvIND seriespic.twitter.com/ArGYfQEYpM