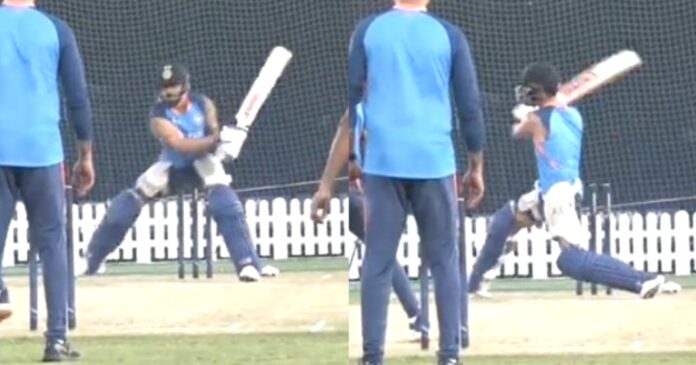 The much awaited clash between India and Pakistan in the Asia Cup 2022 is just around the corner now with both the playing their opening match against each on the 28th of August.

While there is always an extra level of excitement for the India vs Pakistan matches, this time, the stakes are high. Fans are eagerly waiting for their favourite Virat Kohli to return back to form. The former Indian skipper has not scored a single century since the year 2019 and the wait is still on.

While T20 cricket is not the perfect place to score a century, the fans believe that Asia Cup might just be the tournament that Virat Kohli the consistent is back. And everyone got a glimpse of that when Virat Kohli was seen smashing the bowlers in the net.

During the net session, Kohli also played a brilliant reverse sweep to Yuzvendra Chahal and made many fans so optimistic while some are scared it won’t be a great idea to play shots like this when he is not scoring big runs. Check-out how Twitterati reacted.