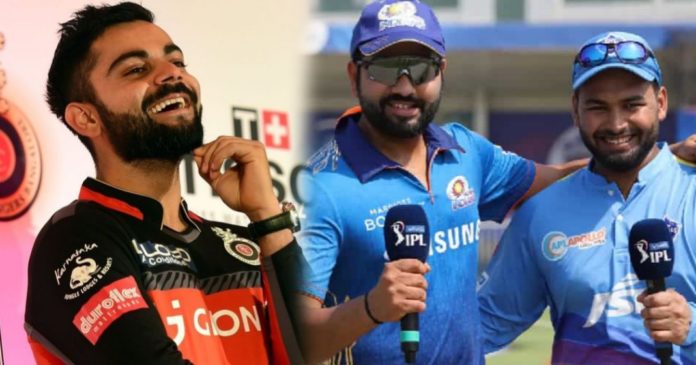 After their win over the league leaders Gujarat Titans in the match number 67 of the Indian Premier League (IPL) 2022, Royal Challengers Bangalore (RCB) have kept their hopes of making it to the playoffs.

Royal Challengers Bangalore (RCB) defeated the Gujarat Titans by 8 wickets in the match number 67 of the Indian Premier League (IPL) 2022 campaign to keep their hopes of a top 4 alive.

Batting first, Gujarat Titans posted 168 runs on the board after Hardik Pandya scored 62 runs not out. However, Virat Kohli, Faf du Plessis and Glenn Maxwell out-classed Gujarat’s bowlers to pick-up a 8 wickets win.

However, even if they have done their job in Mumbai’s Wankhede Stadium, they need the help of their fellow compatriots Mumbai Indians to confirm their top 4.

RCB needs Mumbai Indians to beat another top 4 chasing team Delhi Capitals in the match number 69 of the Indian Premier League (IPL) 2022 season on the May the 21st.

On reacting to the same, last night’s hero Virat Kohli had a sarcastic reaction to scenario. During the post match interview, Virat Kohli said that Mumbai Indians will have extra 25 more supporters by their side, and may even be at the stadium support the home team.

“Trying to put our feet up and chill out for 2 days and support Mumbai. We have 2 more supporters for Mumbai, not just 2 but I think 25 more supporters. You might see us in the stadium as well,” said former RCB skipper Virat Kohli.