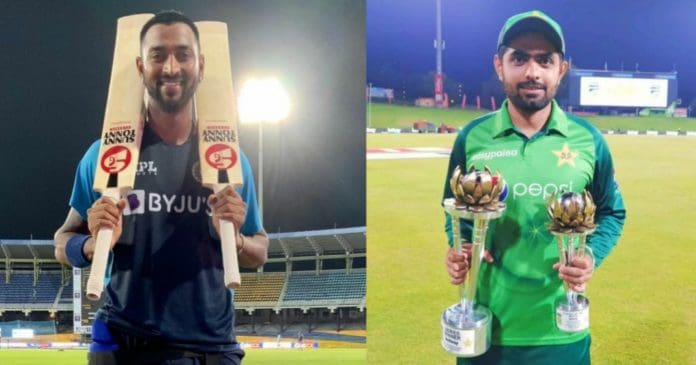 However, there were many interesting things that happened in the ODI arena in the year 2021. Multiple records were broken, and here’s a list of the top five records that were broken in 2021.

India battled neighbors Sri Lanka in a 3-match ODI series with a B team. Shikhar Dhawan captained the team, and the Men in Blue recorded a 2-1 win. During that series, India made a new record for the most wins by a team against another team in ODI cricket. They beat Sri Lanka for the 93rd time and surpassed Australia who have 92 ODI wins against New Zealand.

2. England made 11 changes to their ODI team

It is very rare to see a team even making seven or eight changes to their playing XI in international cricket. However, because of COVID-19, England had to make 11 changes to their team for the ODI series against Pakistan. Interestingly, England still managed to win by 3-0.

Babar Azam was in fantastic form in ODI matches played in 2021. During the first ODI against South Africa, he registered his 13rd century in the one-day international format in 76 innings and broke Virat Kohli and Hashim Amla’s record.

During the same series, Pakistan’s Fakhar Zaman played an incredible inning of 193 runs against South Africa. He set a new record for the highest individual score by a batter in the second innings of a one-day international. The previous was Shane Watson with 185. However, his knock could not help Pakistan win.