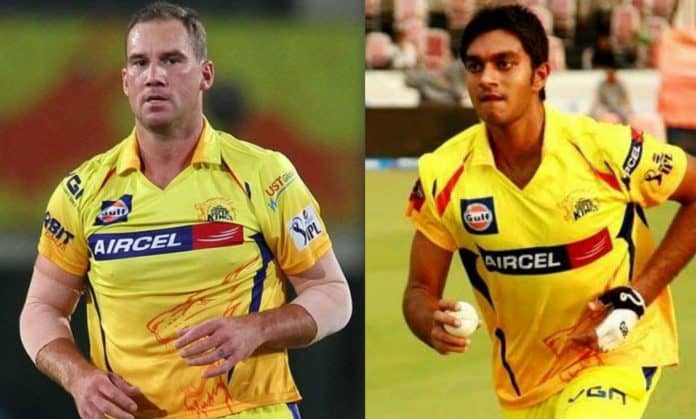 CSK has been one of those teams which have always been consistent with their team selection and most of the players, who have played for CSK, have got a consistent run to showcase their ability.

However, there have been a few unlucky players who got to play just one game for CSK and never featured for the franchise after their debut game. Here are 5 such players –

Vijay Shankar was a part of the CSK squad at a time when he didn’t have too much of experience as he had hardly played any domestic cricket. So, Dhoni didn’t show a lot of faith in him and the Tamil Nadu all-rounder just played one game in IPL 2014.

However, Shankar got a lot more games to play when he moved to Sunrisers Hyderabad and later to Delhi Capitals. Shankar currently has 29 IPL appearances to his name for various franchises. The 29-year old has scored a total of 557 runs in the IPL at a strike rate of 133.89.

Arun Karthik is a wicket-keeper batsman who bats in the top order. It was very clear at the time he was signed by CSK that he would be the reserve wicket-keeper for the team and would get the opportunity only in case of the unavailability of MS Dhoni.

Since Dhoni was available for most of the games, Karthik got the opportunity to play just one game for CSK in which he scored 3 runs off 5 balls and remained unbeaten at the crease. Karthik was later signed by Royal Challengers Bangalore in 2011 and he went on to play 16 games for RCB.

CSK’s first ever playing XI in IPL: Where are they now?