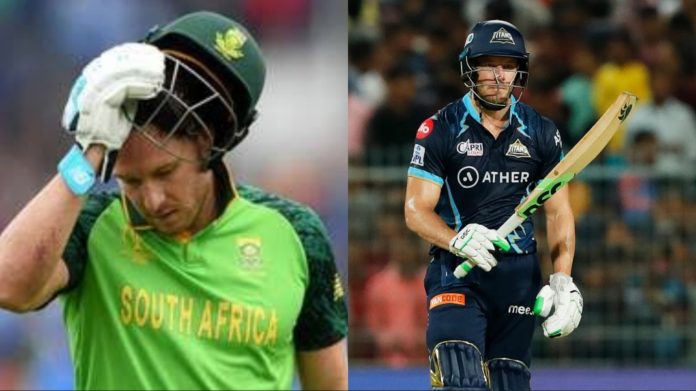 The Qualifier 1 match of the 2022 edition of the Indian Premier League is in the history books, with the tabletoppers Gujarat Titans securing a place in the final of the tournament. Not many fans gave GT a chance when the season began, especially because of their batting department. However, the likes of David Miller, Shubman Gill, Hardik Pandya and other batters have contributed their bit to take the Ahmedabad-based franchise to the top.

Speaking about the Qualifier 1 match which happened last night between the Gujarat Titans and the Rajasthan Royals, GT won the toss and elected to field first. Yash Dayal provided an early breakthrough to GT as he picked up the wicket of Yashasvi Jaiswal in the powerplay overs. Sanju Samson launched a counter-attack but fell short of his half-century by three runs.

IPL 2022 Orange Cap holder Jos Buttler held one end and scored 89 runs off 56 deliveries for his team. He smashed 12 fours and two sixes in his inning. Eventually, Rajasthan Royals set a 189-run target for the Gujarat Titans. Trent Boult removed the in-form Wriddhiman Saha in the first over.

Shubman Gill and Matthew Wade had a magnificent partnership of 72 runs before the former lost his wicket via an unfortunate run out. Wade lost his wicket two overs later. David Miller then joined hands with captain Hardik Pandya and had a match-winning partnership of 106 runs for the fourth wicket as GT won the game by seven wickets.

South Africa’s finisher Miller went unsold in the first round of the IPL 2022 Mega Auction. Gujarat Titans signed him later, and he has been a match-winner for the franchise. He won the Man of the Match award against his former team Rajasthan Royals for scoring 68 runs off 38 deliveries. Here’s how fans on Twitter reacted to his performance:

'Agent' Miller ended up booking our ticket to the #IPLFinal! 😆 pic.twitter.com/RRw495pmPu

David Miller is the hero for Gujarat, need 16 from 6 balls and he smashed 6,6,6 – Take a bow, Miller. pic.twitter.com/JsntNzo4sZ

David Miller from being unsold in the initial auction to taking Gujarat Titans to the Final. This is some story, take a bow!

Not a single time he dismissed for the single-digit. pic.twitter.com/Xl4s3bxYjm

Both at Eden Gardens. pic.twitter.com/lT2dFiKU2P

The winning celebration from David Miller.

When teams were not interested in you and you went unsold in the initial auction to scoring 400+ runs and winning the team in crucial moments. That's a sweet redemption by Miller! pic.twitter.com/J9jNBWF2sl