Home IPL 2022 “Nothing worse than bowling in nets without a game visible on horizon”-... 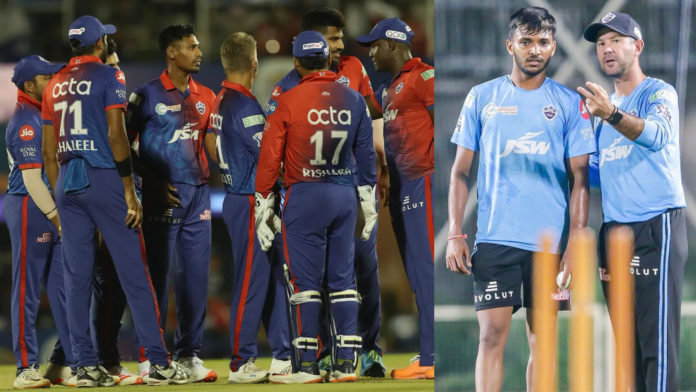 The 2022 edition of the Indian Premier League is currently underway in Maharashtra, where 10 teams are competing against each other for the coveted championship. Many youngsters have received a chance to showcase their talent in this year’s IPL season. However, one rising star, named Chetan Sakariya, has been benched so far in all the games by Delhi Capitals.

The reason behind it is not known, but it seems like the Delhi Capitals team management are satisfied with the way Khaleel Ahmed has performed in IPL 2022 so far. Hence, they have preferred him as their primary left-arm Indian pacer over Chetan Sakariya.

Since Ahmed’s performances have been excellent, Sakariya has only been bowling in the nets for the Delhi Capitals. To ensure that he does not get frustrated, Sakariya recalled the words from James Anderson’s book, where he spoke about his experience of representing England in the ICC T20 World Cup 2010.

England won the ICC T20 World Cup which happened in the West Indies a dozen years ago, but James Anderson did not get a single match in the competition. He knew he would not make it to the playing XI. Still, he had to toil hard in the nets.

Here is an excerpt from the two long paras posted by Chetan on his Twitter account after being benched by the Delhi Capitals:

“This was not a fit of pique. Painful experience has taught me there is nothing worse than bowl-ing in the nets, without a game visible on the horizon, and I just wanted to get back into some competitive action. With the Ashes coming up six months down the line, I simply wanted to keep bowling and remain in good nick.”

The incident is from 2010 T20 World Cup, and Anderson wanted to leave early so that he could play county matches to remain in good touch for the Ashes. However, he was not allowed to leave the squad. He was instructed to stay back in West Indies and celebrate the win with the team.