Home IPL 2022 Predicting The 6 Players Who Will Be Picked By The New IPL... 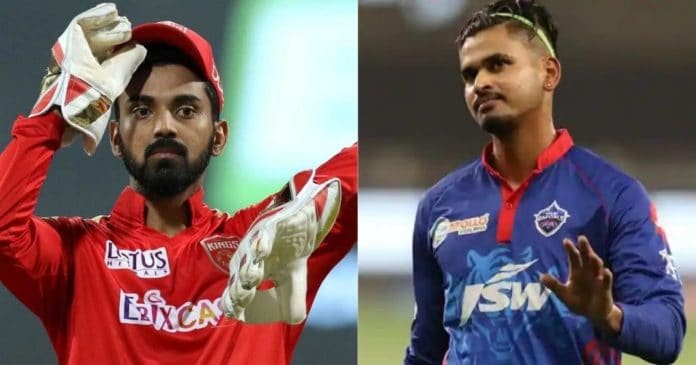 A few days ago, IPL teams had announced the list of retentions before IPL 2022 Auctions. A few star players have had to leave their existing teams due to various reasons. This leaves the new teams to make a few wise picks ahead of the auctions. In this article, we predict six players who will be picked by the new IPL franchises for the upcoming season of IPL 2022.

As per reports, each of the two new teams (Lucknow and Ahmedabad) can pick three players before the auctions. It is said that only one of the three players can be a foreigner. There are plenty of options available, and here, we look at six of them who might get signed up.

KL Rahul is one of the players who will be picked by the new IPL franchises for the upcoming season of IPL 2022. There is a contract that is reportedly ready by the Lucknow franchise. KL will captain the squad apart from keeping the wickets. He will be a top signing considering KL is the best Indian batsman in the league in recent years. KL will be the first pick for any of the two new teams.

With Rashid Khan leaving Sunrisers Hyderabad, he will be a no-brainer pick for one of the new teams. Like KL Rahul’s case, Rashid is also reportedly joining Lucknow. However, considering he wanted to be the first retention at SRH and at Lucknow, KL will be the first retention, it needs to be seen if Rashid does join Lucknow.

Shreyas Iyer is also one of the players who will be picked by the new IPL franchises for the upcoming season of IPL 2022. He is a youngster with a bright future. The fact that he has got captaincy experience makes him a valuable asset. Since Shreyas also needs a captaincy assignment, whichever team offers that be will be able to sign him. At the moment, it looks like Shreyas will end up at the Narendra Modi Stadium in Ahmedabad.

David Warner won the Player of the Tournament in the 2021 T20 World Cup. He is a legend in IPL, and hence, one of the teams will be eyeing him. If not as a captain, as an experienced opener, the Aussie ticks many boxes. Also, having missed quite a few games last season, Warner will be motivated to do well in IPL 2022.

Yes, Hardik might not be bowling at the moment but he is sure to do it in the future campaigns, if not the next one. Keeping this in mind and the elite finishing skills that he has got, one of the two new teams will want to add him to the squad. At his best, Hardik adds terrific balance to the XI. Hence, he is one of the players who will be picked by the new IPL franchises for the upcoming season of IPL 2022.

It is surprising that Mumbai Indians released Ishan Kishan. Domestic wicket-keeper batsmen of Ishan’s quality is rare at the moment. Hence, he will be an easy pick for one of the two new teams to make. Also, he is a left-hander who can bat at multiple positions. He is young and can also be a skipper in the future.