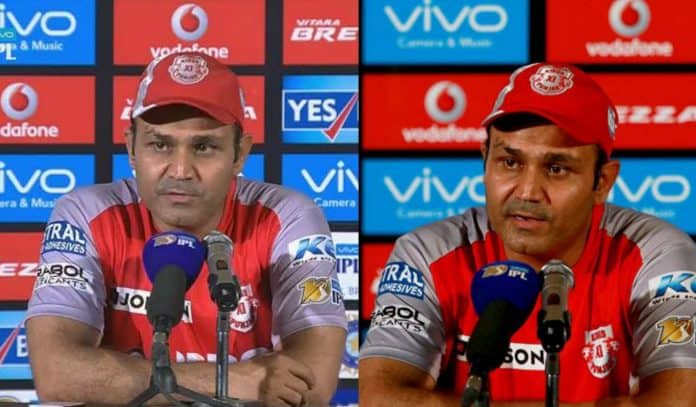 Virender Sehwag is one of the most destructive batsmen to have played international cricket for India. The right-handed batsman provided terrific starts to the Indian cricket team, with his boundary-scoring abilities helping India maintain a healthy run rate in the powerplay overs. He formed a brilliant partnership with Sachin Tendulkar, while in T20Is, he destroyed the opposition bowlers along with Gautam Gambhir.

Sehwag has an open mind and he rarely believes in hiding his emotions. He wants to express himself in the middle and off the field, he has showcased his sense of humor in his interviews as well. In this article, we will look at the top eight epic replies by Virender Sehwag.

8.The difference between Sehwag and Sachin

As mentioned ahead, Virender Sehwag and Sachin Tendulkar formed a fantastic opening partnership for India. Both were extremely popular in the country because of their performance, but Sehwag pointed out there was one major difference between the two.

Reporter: “What is the difference between you and Sachin?”

7.The Sultan of Multan

Recently, Saqlain Mushtaq made a controversial statement about Virender Sehwag’s special innings against Pakistan. Perhaps, Mushtaq and Sehwag had an intense rivalry on the field and this conversation between Sehwag and Sachin proves it.