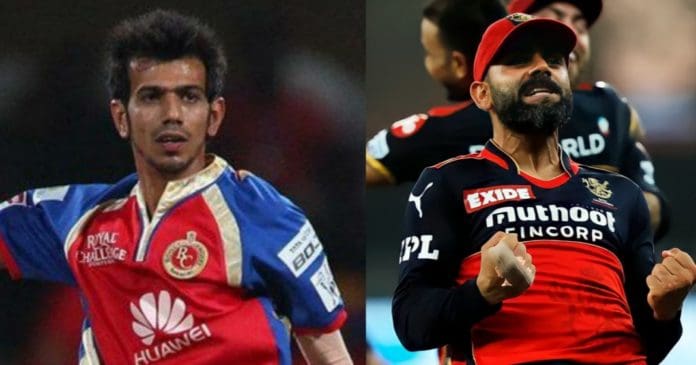 The Royal Challengers Bangalore surprisingly released Yuzvendra Chahal ahead of IPL Auction 2022. The decision to release him has shocked many fans because the Bangalore-based franchise retained only three cricketers, and Chahal was not one of them. According to reports, Chahal and Royal Challengers Bangalore could not come to a financial agreement. As a result, they have parted ways.

But looking at the recent social media activity between the two parties, it seems like nothing is wrong between the Royal Challengers Bangalore and their leg-spin bowler Yuzvendra Chahal.

The Royal Challengers Bangalore retained former captain Virat Kohli, all-rounder Glenn Maxwell and fast bowler Mohammed Siraj as their three players before IPL Auction 2022. The decision to retain this trio was not surprising but the bold call to leave Yuzvendra Chahal out has surprised many fans.

The reason behind that is Chahal has been one of the most consistent performers for the Royal Challengers Bangalore in the bowling department. The right-arm leg-spinner joined the franchise in 2014 and played in all seasons for them since then. Now there is a chance that Chahal could turn up for another franchise.

Royal Challengers Bangalore had an interaction with Chahal on Instagram. First, the right-arm leg-spinner tagged the RCB’s official Instagram handle under the comments box of a post and thanked them for everything. Soon after, the Bangalore-based franchise responded to him with the following message:

“We love you, Yuzi. You’re an RCBian for life. We hope to see you back in RCB colors at the soonest.”

It will be interesting to see if the Royal Challengers Bangalore buy their released leg-spinning star back at the IPL Mega Auction 2022. The chances are high but it will be tough.